India has asked the U.S. administration to review its decision, two government officials with close knowledge of the matter said. 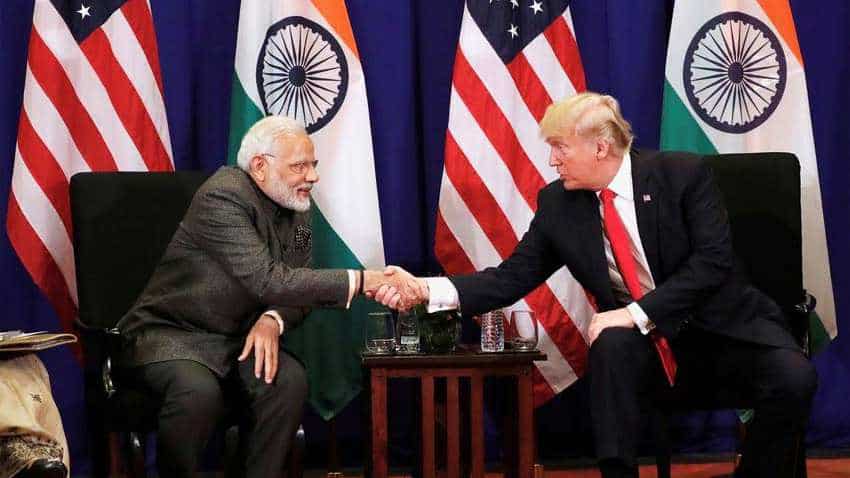 India is the world`s largest beneficiary of the Generalized System of Preferences (GSP), which dates from the 1970s. Reuters
Written By: Reuters
RELATED NEWS

Commerce ministry has proposed that the government delays by a month the imposition of retaliatory tariffs on some U.S. goods that were due to go into effect from April 1, a trade ministry spokeswoman told Reuters on Friday.

Trade friction between India and the United States has escalated after US President Donald Trump announced plans earlier this month to end preferential trade treatment for India that allows duty-free entry for up to $5.6 billion worth of its exports to the United States.

Indian officials believe India could lose its preferential treatment in early May. The Indian government has asked the U.S. administration to review its decision, two government officials with close knowledge of the matter said.

In June last year, India said it would increase import duties varying from 20 percent to 120 percent on a slew of U.S. farm, steel and iron products, angered by Washington`s refusal to exempt it from new steel and aluminium tariffs.

But since then, New Delhi has repeatedly delayed the implementation of the higher duties.

The trade ministry spokeswoman said the government planned to send a delegation to Washington to address bilateral trade issues, and that the ministry was seeking to hold off imposing retaliatory tariffs until May.

"The Ministry of Commerce has requested the Department of Revenue to extend the deadline for imposition of tariffs on U.S. goods by another 30 days," the spokeswoman said.

The revenue department falls within the finance ministry, and the two ministries need to consult over any decision to delay the tariffs.

India is the world`s largest beneficiary of the Generalized System of Preferences (GSP), which dates from the 1970s.

Ending its participation would be the strongest punitive action the United States has taken against India since Trump took office.

The timing of the U.S. decision to revoke the trade privileges is awkward for India as Prime Minister Narendra Modi`s government is heading into a general election from April 11 to May 19, with results due out on May 23.

India and the United States have developed close political and security ties. But bilateral trade, which stood at $126 billion in 2017, is widely seen to be performing at nearly a quarter of its potential.

Trump has criticised India for its high tariffs, and the dispute has widened over investment policies such as new rules on the e-commerce sector that led to the U.S. pulling the plug on India`s vital trade concessions.

India, however, does not want to escalate the trade fight, two sources with knowledge of the matter said.

"India is obviously upset. But what can we do? Can we stop trade? You are importing oil, gas, defence equipment and aircrafts and nuclear energy. The stakes are much larger," one of the officials said.

The USTR did not answer questions emailed to them about any ongoing trade discussions.

If the United States eliminates duty-free access for about 2,000 Indian product lines, it will mostly hurt small and medium businesses, such as engineering goods. The number of items qualifying for preferential treatment could be reduced, or the whole programme could be withdrawn.

A leading Indian trade body official said both the U.S. customers and domestic suppliers could be hit in some categories of engineering products where clients typically enter into long-term contracts.

However, China could benefit on exports of products made from iron and steel and low-end engineering goods, said Suranjan Gupta, executive director, EEPC India, a government-affiliated engineering exports trade body.

"Some of the low value exports of engineering goods are likely to face competitive pressure from other suppliers, with China being one of the major ones," Gupta said.