Gammon Infrastructure Projects, the developer for Indira Container Terminal Private Ltd at the Mumbai Port Trust, plans to make a one-time settlement of around Rs 477 crore to the lenders if the project goes for re-bidding. 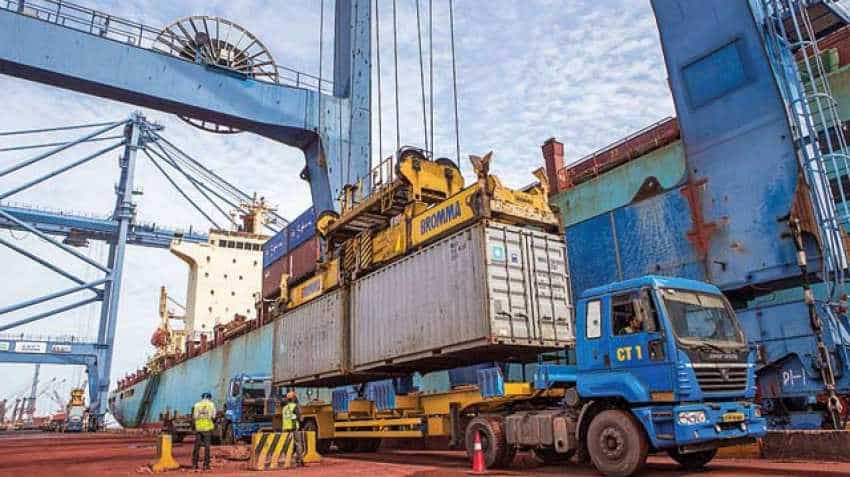 Gammon Infrastructure Projects plans to make a one-time settlement of around Rs 477 crore to the lenders if the project goes for re-bidding. Image source: DNA
Written By: Ateeq Shaikh
RELATED NEWS

Gammon Infrastructure Projects, the developer for Indira Container Terminal Private Ltd at the Mumbai Port Trust, plans to make a one-time settlement of around Rs 477 crore to the lenders if the project goes for re-bidding. The rebid for half-completed offshore container terminal is awaiting Prime Minister Office’s approval for a couple of months now.

As part of ‘Port Land Development Project’, MbPT plans to do away with container yards inside the port premises. Thus, it has been proposed to convert the container terminal into a ‘clean cargo only’ terminal for which re-bidding is planned.

A consensus has already been reached between ICPTL and MbPT to utilise the ‘under construction’ terminal for Roll-On Roll-Off (RoRo) services starting July 5, 2015. Since July 5, 2015, over 350 vessels have been berthed for RoRo purposes.

Though the concession agreement was for a revenue share of 35.064% to MbPT, this interim measure was renegotiated, and the port is now taking 55% of the revenue.

“Unfortunately, we are only getting 45% of the revenue share. Annually, there is a turnover of Rs 100 crore for ICTPL and banks take Rs 25 crore towards debt servicing,” said Kishore Kumar Mohanty, managing director of Gammon Infrastructure Projects.

The reduced cash flow is one of the factors for the company to dive into losses, making it challenging to service debt, he said.

As per the company, the operation of RoRo terminal is inadequate for repayment of principal and interest to the lenders.

Sushil Chandra Tripathi, chairman of Gammon Infrastructure Projects, said, “The banks are willing to go for a one-time settlement for this truncated project.”

The settlement amount agreed upon is Rs 477 crore as against the initial project cost of about Rs 1,100 crore. Canara Bank is the lead banker among the four banks that include Punjab National Bank and United Bank.

The Mumbai-headquartered company has so far infused around Rs 850 crore into the project. In April 2017, Gammon acquired additional 24% stake in the ICTPL from Noatum Ports, SL, Spain. Thereafter, the company’s shareholding increased from 50% to 74%.

For almost a year now, a nod is awaited from the Union government, including the last two months from the PMO.

As per the original plan, as part of the first phase, ICTPL was to handle 8,00,000 containers (twenty-foot equivalent units, or TEUs) annually, from 2010-end. The entire project, when ready, was to handle a million TEUs.

However, MbPT did not fulfil the conditions of dredging the approach channel to the requisite draught and laying of rail line. Company officials claimed that had the port authorities executed conditions precedent, they would have installed quay cranes to make the terminal operational for containerised cargo.

This non-fulfilment of conditions precedent has resulted in ICTPL incurring losses and defaulting in the repayment of debt obligations. Gammon has filed a writ petition in the Delhi High Court seeking implementation of rebid decision taken at a Niti Aayog meeting held on March 20, 2018.

Whenever the re-bidding happens, ICPTL has the right of first refusal to match the winning bid within a pre-defined margin. The draft agreement also provides for a waiver of outstanding interest payable to lenders. There also exists material uncertainty relating to the re-bid fructifying in favour of ICPTL.

In case the company is unable to match the bid and win the contract, the cash flows would be sufficient to pay its debts as well as exposure of Gammon Infra.