Ever since a hailstorm lashed the national capital and surrounding areas on February 7, budget carrier IndiGo has been rescheduling and  cancelling  flights, including during the weekend. 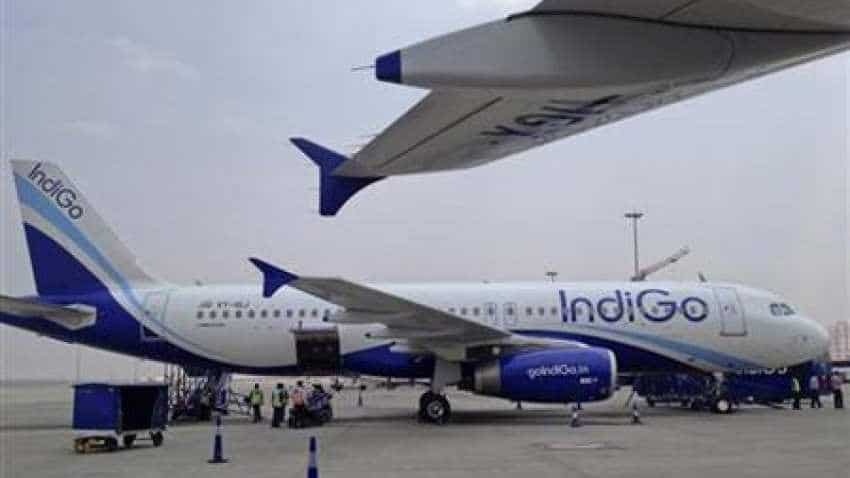 IndiGo will not be operating around 32 flights on Monday following shortage of pilots. Image source:

Ever since a hailstorm lashed the national capital and surrounding areas on February 7, budget carrier IndiGo has been rescheduling and cancelling flights, including during the weekend. The airline`s operations were also impacted due to shortage of crew on account of flight and duty time limitation (FDTL), which mandates a maximum of eight hours, according to a report by IANS. A PTI report quoted a source saying that IndiGo will not be operating around 32 flights on Monday following shortage of pilots.

Delays and diversions led to a cascading impact throughout airline`s network, and some estimates put the number of flights cancelled during the weekend at around 50. The airline on Sunday said that the recent hailstorm in North India led to a disruption in its operations during the weekend.

"Due to a severe hailstorm in north India on Friday, February 7, 2019, 11 IndiGo flights were diverted. Consequently, this disrupted operations across our network the following day," the company said in a statement. "As part of recovering our schedule, positioning of the crew and aircraft had to be readjusted. As a result, a number of flights were cancelled."

Again, on Sunday Jet Airways has cancelled more than 10 flights due to operational reasons. On the other hand the airlines had grounded four of its aircrafts due to non-payment of lease rentals.

The source in the aviation industry as cited by PTI, said that more than 10 Jet Airways flights were cancelled from Mumbai airport alone.

With a minimum temperature at 7 degrees Celsius, Delhi's temperature on Monday was three notches below the season`s average, while the overall air quality deteriorated to the "poor" category, the weather office said.

"There was shallow to moderate fog in the morning. Clouds will partly cover the skies on Monday with a forecast of haze or smoke engulfing the city later in the day," an India Meteorological Department (IMD) official said.

The overall air quality levels in the city at 9 a.m. was recorded at 259 ("poor") after days of improved "moderate" air.