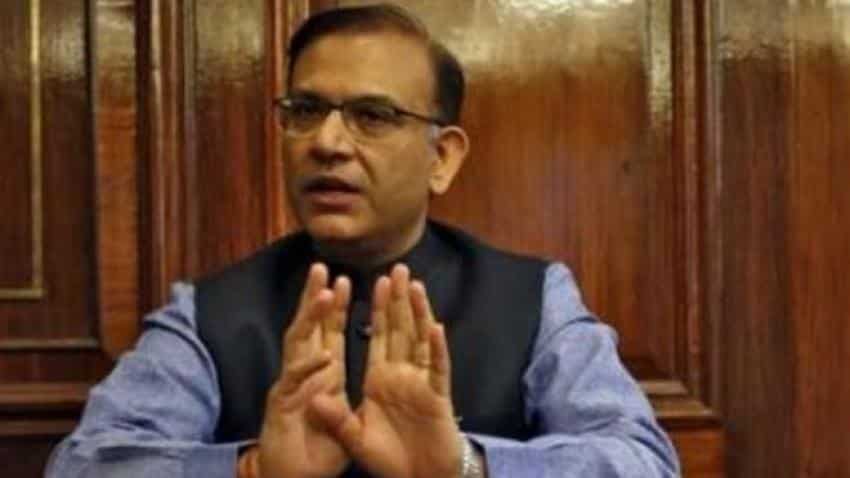 Union minister Jayant Sinha today said safety of passengers was paramount for the government and aircraft with Pratt & Whitney engines could be used only after they were considered safe post technical analysis. His comments came after the aviation regulator DGCA grounding 11 Airbus A320Neo planes with faulty Pratt & Whitney. "We have to give paramount priority to safety. There are 43 such engines in the worldwide, out of which 19 are currently in India, used by IndiGo and GoAir. We don't consider these engine safe as of now and the technical analysis is underway. They could be used only when we consider them safe," Sinha told news channels.

Budget carriers IndiGo and GoAir today cancelled as many as 65 flights after the Directorate General of Civil Aviation (DGCA) grounded 11 of their A320Neo planes with faulty Pratt & Whitney engines. The Gurgaon-based IndiGo cancelled 47 of its 1,000-odd flights per day, while the Wadia Group-promoted GoAir said it had cancelled 18 flights. The DGCA had cracked the whip after an IndiGo flight bound for Lucknow returned to Ahmedabad within 40 minutes of its getting airborne due to a mid-air engine failure yesterday. Citing safety of aircraft operations, the Director of the DGCA, in the March 12 order, said that A320Neos fitted with PW1100 engines beyond ESN 450 have been grounded with immediate effect.

Three other IndiGo A320Neo planes have been on the ground since February following similar engine problems. Yesterday, hundreds of passengers were stranded across the country as dozens of flights were

cancelled by the IndiGo and GoAir due to the grounding of the 11 A320 Neo planes of the two carriers.