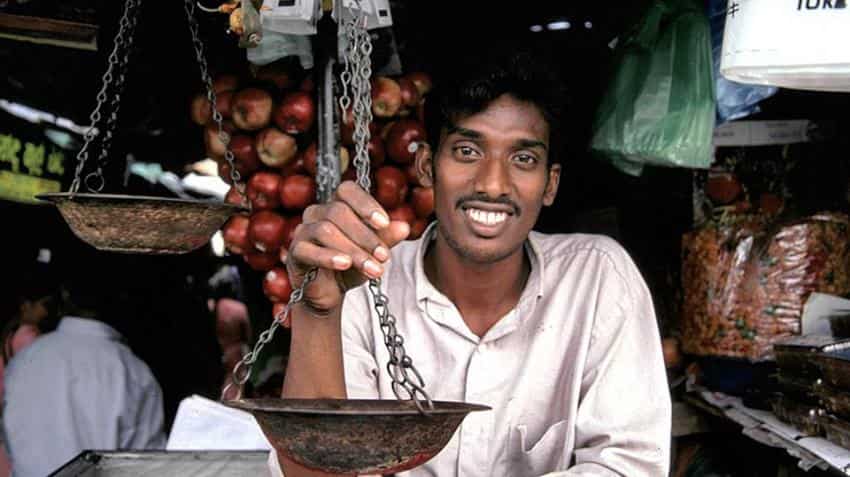 In India, women form 60% of the lowest paid wage labour, but only 15% of the highest wage-earners. Image of a shopkeeper pulling down the weighing scales in a shop. Image Source: Pixabay

The wage gap between Indian men and women is amongst the worst in the world, a report by international confederation of charitable organisations, Oxfam, said. In some cases the gap exceeds 30% in terms of wages earned by men and women doing similar jobs, the report said.

As per the Global Wage Report 2016-17 of ILO (International Labour Organisation) India suffers from huge gender pay gap. India has among the worst levels of gender wage disparity (men earning more than women in similar jobs) with the gap exceeding 30%.

In India, women form 60% of the lowest paid wage labour, but only 15% of the highest wage-earners. It means that in India women are not only poorly represented in the top bracket of wage-earners but also experience wide gender pay gap at the bottom, the report said.

Wealth inequality, a way of the world

According to new data, the richest 10% of countries like India, alongwith China, Indonesia, Laos, Bangladesh and Sri Lanka, have seen their share of income increase by more than 15%, while the poorest 10% have seen their share of income fall by more than 15%. This is because of a combination of discrimination and working in low-pay sectors, women’s wages across Asia are between 70% and 90% of men’s. 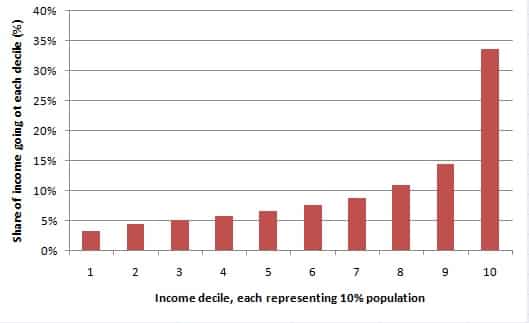 The Oxfam report finds that unequal wealth distribution is widespread in the world. According to new data available, the organisation found that wealth owned by the bottom 50% of the world was concentrated with eight billionaires only.

The same was at 62 billionaires when the data was computed last year by Oxfam, but with the new data available, revised calculation for last year would have pegged the number at nine billionaires, only one more than the eight billionaires this year.

In the report by the international confederation of charitable organisations, Oxfam said, “…this year’s data finds that collectively the richest eight individuals have a net wealth of $426 billion, which is the same as the net wealth of the bottom half of humanity."

"New and better data on the distribution of global wealth – particularly in India and China – indicates that the poorest half of the world has less wealth than had been previously thought. Had this new data been available last year, it would have shown that nine billionaires owned the same wealth as the poorest half of the planet, and not 62, as Oxfam calculated at the time," it said.

As for India, 57 billionaires have the same amount of wealth as the bottom 70% of the country.

Women are not given ‘farmer’ status in India

In an agricultural country like India more than 40% of the 500 million women who live in the rural areas are involved in agriculture and farming related activities but most of these women are not given the status of a farmer, thereby denying them of various government schemes and benefits.

"More than 40% of the 400 million women who live in rural India are involved in agriculture and related activities. However, as women are not recognized as farmers and do not own land, they have limited access to government schemes and credit, restricting their agricultural productivity,” Oxfam added.

An Oxfam study conducted in 2006 with Gorakhpur Environmental Action Group (GEAG) found that only 6% of women owned land, 2% had access to credit and only 1% had access to agricultural training.

The world’s largest garment companies have all been linked to cotton-spinning mills in India, which routinely use the forced labour of girls.

“The world's largest garment companies have all been linked to cotton-spinning mills in India, which routinely use the forced labour of girls,” the report said.

The International Labour Organization estimated that 21 million people were forced labourers and generated an estimated revenue of $150billion in profits each year.

Pointing out the disparity of wealth in Indian companies the report cited Quartz Media which said that ITC Chairman, Y C Deveshwar, drew 439 times the median employee salary at the company in 2014-15.

The report pointed out that other countries’ billionaires have had to ‘cash-out’ their businesses as it did not last for long, however; in India and China, wealth has been transferred from generation to generation. 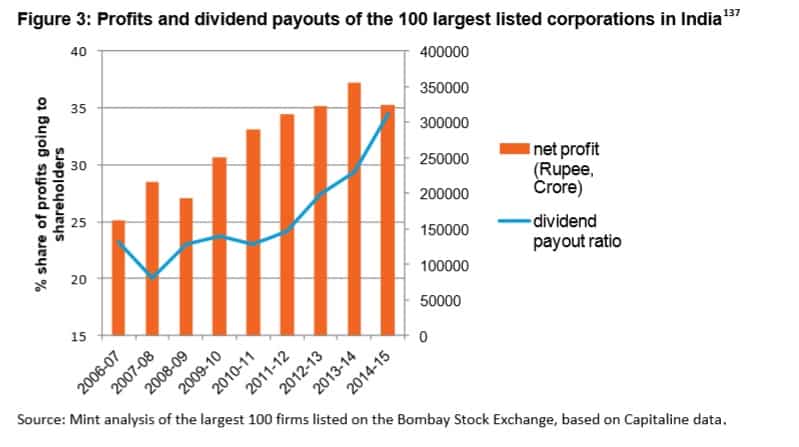 Other causes for inequality in wealth distribution were mentioned in the report as avoidance of paying taxes by the wealthy, buying into corrupt politicians, multi-national companies like Apple Inc that exploited its workers and crony capitalism.

In an earlier report by Zeebiz, we had mentioned Oxfam’s petition for a ‘more human economy,’ and it included the five points.

1. Indian Government must end the extreme concentration of wealth to end poverty and inheritance tax must be introduced & wealth tax increased as the proportion of this tax in total tax revenue is one of the lowest in India.

2. Indian Government must eliminate tax exemptions and not further reduce Corporate tax rates. Governments must support companies that benefit their workers and society rather than just their shareholders.

3. Indian Government must crack down on tax dodging by corporates and rich individuals to end the era of tax havens.

4. Government must generate funds needed to invest in healthcare, education

5. India Government must increase its public expenditure on health from 1% GDP to 3% GDP and on education from 3% GDP to 6 % GDP.

In September 2016, President Obama said in his departing speech to the UN General Assembly, "A world in which 1% of humanity controls as much wealth as the other 99% will never be stable."

"This positive vision for an alternative future is one we must fight for. It is simple common sense that having all this money in too few hands is harmful to our society and to our future," Oxfam added.

The pay-gap between richest Indian women and men is startling