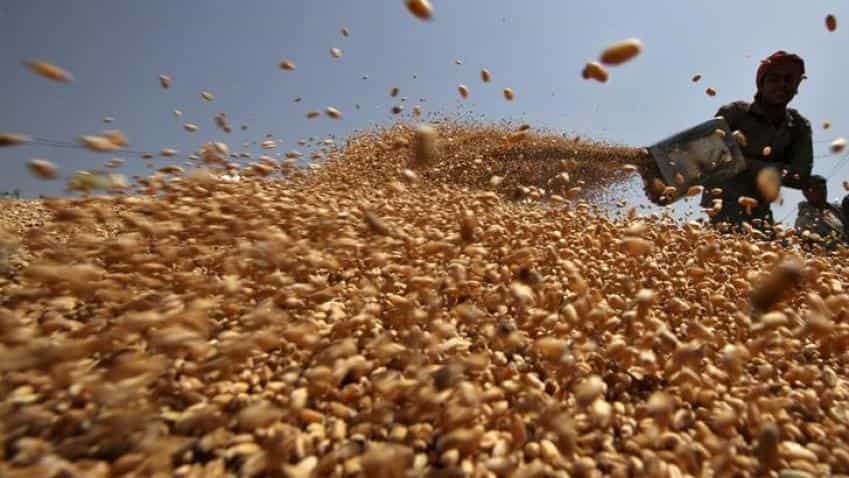 India`s production of wheat and pulses is expected to jump in 2018 as a hike in the government`s assured purchase prices and ample rainfall have prompted farmers to plant more of the winter crops, industry officials told Reuters.

Higher production will help the south Asian country reduce imports of pulses in the 2018/19 fiscal year starting April 1 and and could allow it to avoid buying overseas wheat for the first time in three years.

"Given the better realisation there should be at least a 5 percent rise in wheat sowing," said Harish Galipelli, head of commodities and currencies at Inditrade Derivatives & Commodities.

An expected increase in wheat production to a new high and rising stockpiles meant India would not need to import wheat in 2018/19, an official with state-run Food Corporation of India said.

Wheat stocks with government agencies stood at 23.9 million tonnes as on Nov. 1, up 27 percent from a year ago following record output in 2017, added the official, who declined to be named.

India has imported wheat for the past two years after local production fell due to successive droughts in 2015 and 2016.

The country imported 5.75 million tonnes of wheat in 2016/17, the most in a decade. India imports wheat mainly from Ukraine, Australia, Bulgaria and Russia.

Farmers are likely to expand the area given over to chickpeas by nearly 20 percent, said Pravin Dongre, chairman of the India Pulses and Grains Association.

Chickpea, also known as chana, is the main winter-sown pulse crop in India. A rise in chickpea production will help the country reduce pulses imports in 2018/19, he said.

India, the world`s biggest importer of pulses, shipped in 6.6 million tonnes of mostly peas in fiscal 2016/17.

The government`s decision to raise the chickpea support price by 10 percent and a recent move to impose a 50 percent import duty on peas will lure farmers to plant chickpea, said Nitin Kalantri, a pulses miller based at Latur in Maharashtra.