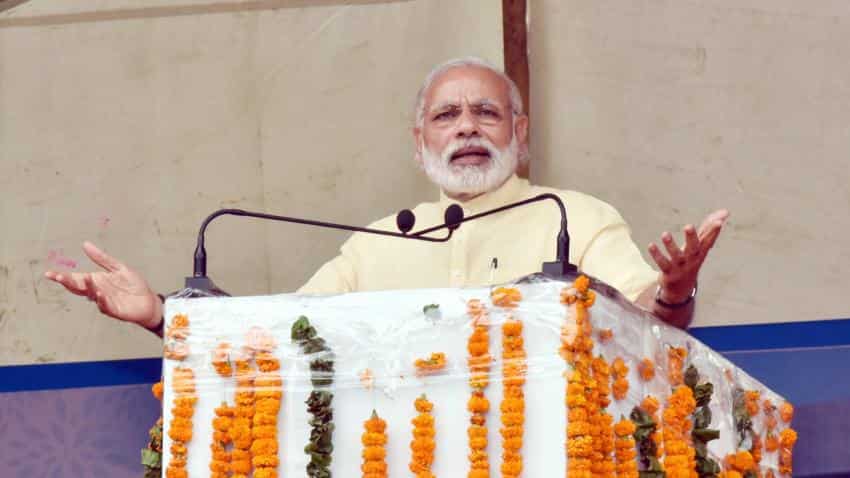 India's top companies are set to outperform their Chinese counterparts driven by increased spending by the Indian government through its 'Make in india' programme and improvement in the transportation sector despite the infrastructure bottlenecks,  S&P Global Ratings said in its latest reports.

"Our analysis of India's top 200 companies by market capitalization against their Chinese counterparts shows that government influence is far greater for listed companies in China than in India," said S&P Global Ratings credit analyst Mehul Sukkawala in a statement.

"India faces the risk of debt concentration. About 15% of the companies in the sample of top 200 companies account for 60% of net debt," cited the ratings agency.

"India also suffers from a high interest rate environment when compared with other emerging Asian economies. This reduces the debt servicing ability of leveraged companies in India and can result in financial stress," it added.

The ratings agency has identified two factors that can prevent India from converting into a global manufacturing destination-- power and transport infrastructure.

However, it further said that improving capacity of power generation and robust infrastructure development can provide a boost to many sectors like steel, cement, auto, and real estate.

S&P Global Ratings  has said that capital expenditure has generally peaked in both India and China and companies are beginning to reconsider new capacity expansion plans and are putting them on hold. But they will continue to invest in projects that are already underway.

"The credit cycles in India and China are at different stages. More importantly, we see them moving in opposite directions," Sukkawala said.

"The credit risk has peaked in India and will only lessen from here on, whereas in China, it will increase over the next two to three years with excess capacity eroding profitability," he further added.