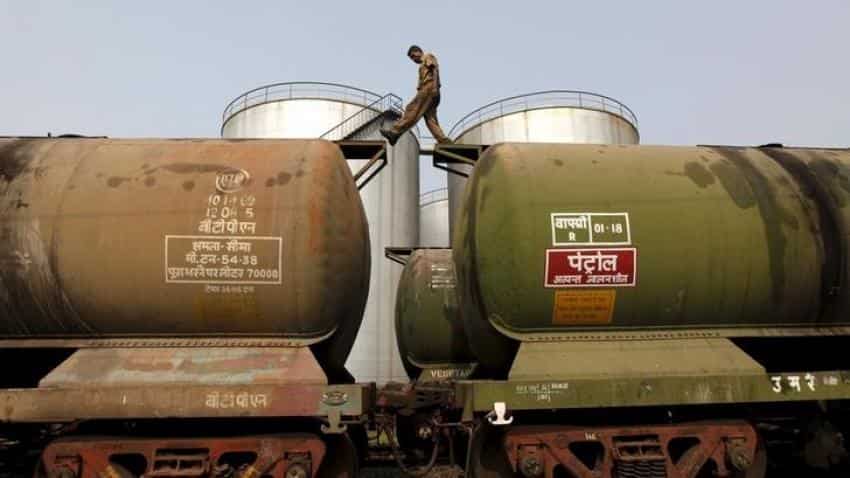 File photo of a worker walking atop a tanker wagon to check the freight level at an oil terminal on outskirts of Kolkata. Image Source: Reuters

India's purchases of Iranian oil fell 4.1% in September, slipping from August when imports from Tehran hit their highest in at least 15 years, according to ship tracking data and a report compiled by Thomson Reuters Oil Research and Forecasts.

India, Iran's top customer after China, still imported about 552,200 barrels per day (bpd) of oil from the Persian Gulf nation in September, more than double the same month a year ago following the end of sanctions targeting Tehran in January.

India's oil imports from Tehran in January-September grew 90.5% to an average 411,900 barrels per day (bpd) oil, the data showed.

Iran, along with Libya and Nigeria, is allowed to produce "at maximum levels that make sense" as part of any output limits in a surprise deal reached last week by the Organisation of the Petroleum Exporting Countries (OPEC).

Under pressure from sanctions, New Delhi had curbed Iranian oil shipments, reducing Tehran's overall share of India's oil imports to 5.8% in the two fiscal years from April 2013, compared with about 11.3% before sanctions were imposed.

Average imports over the period were at their highest in at least 15 years, the data showed.

India, the world's third-biggest oil importer, shipped in a record about 4.47 million barrels per day (bpd) oil in total in September, about 4.4% more than the previous month.

State-run Mangalore Refinery and Petrochemicals was the biggest importer of Iranian oil in September buying about 150,200 barrels per day (bpd), the data showed.