In a wealth report "Kotak Wealth Hurun – Leading wealthy Women 2018' released by Kotak Wealth Management, a division of Kotak Mahindra Bank and Hurun Report India, a list of 10 wealthiest women has been drawn with a net worth of over Rs 8,000 crore. 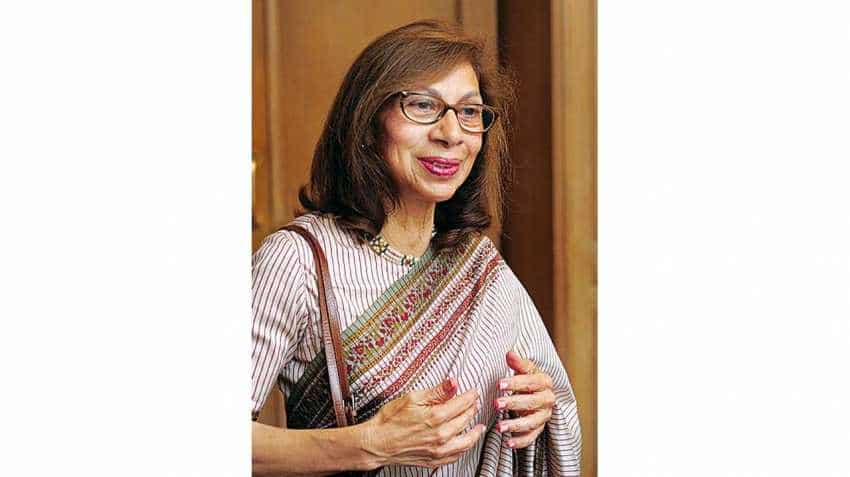 Smitha V Crishna of the Godrej Group, with one-fifth stake in the family asset alongside her brothers. Image source: DNA
Written By: ZeeBiz WebTeam

Though women are yet to find a place in the list of top 10 wealthiest Indians, they are definitely not too far behind. In a wealth report "Kotak Wealth Hurun – Leading wealthy Women 2018' released by Kotak Wealth Management, a division of Kotak Mahindra Bank and Hurun Report India, a list of 10 wealthiest women has been drawn with a net worth of over Rs 8,000 crore. The list was further narrowed to the top 100 with an approximate net worth of Rs 1,000 crore.

Smitha V Crishna of the Godrej Group, with one-fifth stake in the family asset alongside her brothers, is the wealthiest woman in the country with an estimated net worth of whopping Rs 37,570 crore, followed by HCL chief Shiv Nadar's only child and HCL Enterprise CEO Roshni Nadar whose fortune is valued at Rs 30,200 crore. Nadar's wife Kiran also finds a mention with an estimated wealth of Rs 20,120 crore.

Kiran Nadar, wife of HCL founder Shiv Nadar, is ranked fifth in the Kotak Wealth Hurun - Leading Wealthy Women 2018. The report estimates her wealth to be at Rs 20,120 crore.

Crishna, the third-generation heir of the Godrej clan, made news when she purchased the bungalow of late atomic physicist Dr Homi J Bhabha for Rs 371 crore in 2014.

Kiran Mazumdar-Shaw, founder and MD of Biocon, ranks fourth in the report with her wealth pegged at Rs 24,790 crore.

Anas Rahman Junaid, MD and chief researcher, Hurun Report India, said women in the Hurun India Rich List have increased from 4% in 2012 to 9% in 2017.

"With India's thriving consumer spending and a maturing tech ecosystem, we expect more women to lead the entrepreneurship story in India," Junaid said in a statement.

The report has been researched and compiled by Hurun Report on the basis of net worth of women as on June 30, 2018, when the exchange rate to the US dollar was Rs 68.47. The average wealth of the women in this list is about Rs 4,000 crore.

On the sectoral front, pharmaceutical leads the pie with 22 women part of the list, followed by software and services (12) and food and beverages (8). In terms of companies contributing to the list, Infosys and Avenue Supermarts have highest number of women on the list with five each.

City-wise, Mumbai and New Delhi dominate the list of leading cities for wealthiest Indian women at 25 each, followed by Bengaluru at 14.