India`s rice exports are set to ease from October as the world`s biggest shipper of the grain boosts guaranteed prices that farmers receive for much of their crop, making new season cargoes expensive compared to supply from rival growers. 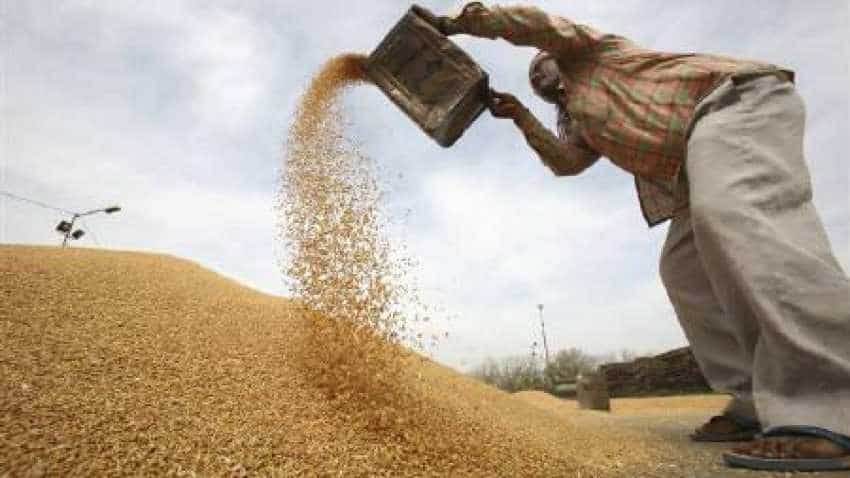 India`s rice exports are set to ease from October as the world`s biggest shipper of the grain boosts guaranteed prices that farmers receive for much of their crop, making new season cargoes expensive compared to supply from rival growers.  Lower exports would mean that India loses market share in key Asian and African markets, traders and industry sources said, with exports from countries such as Thailand, Vietnam and Myanmar likely to fill any gaps.

India on Wednesday raised prices paid to local farmers for common grade paddy rice by 13 percent from a year ago to 1,750 rupees ($25.50) per 100 kg, with Prime Minister Narendra Modi looking to woo millions of rural poor ahead of a general election next year.

The government typically buys more than a third of the country`s rice output at a fixed price, which also has a direct impact on prices paid by traders.

"With this price rise, our exports will become expensive," said B V Krishna Rao, president of the Rice Exporters Association (REA).

"The customer base that we have created over a period of time is going to shift to Thailand and Vietnam."

Exporters were this week offering Indian 5 percent broken parboiled rice at $388-$392 per tonne on a free on board (FOB) basis, nearly the same as prices quoted by Thai exporters.

But the hike in guaranteed price will force Indian exporters to offer the new season crop at around $430 from October, making exports uncompetitive, a dealer said. He declined to be identified as he was not authorised to speak with media.

India`s rice exports in the 2017/18 fiscal year that ended on March 31 surged 18 percent from the year before to a record 12.7 million tonnes on strong demand from Bangladesh and Sri Lanka.

But that demand has already been hit hard, said Nitin Gupta, business head of rice at Olam India, with Bangladesh imposing a 28 percent tax on rice imports in June to support local farmers.

And Indian states like Chhattisgarh could announce additional payments to farmers on top of the prices fixed by the central government, industry officials said.

"Chhattisgarh could announce a bonus of around 200 to 300 rupees (per 100kg). This will further widen the gap between local and international prices," said a Mumbai-based dealer with a global trading firm.

India uses rice and wheat that it buys from local farmers at a fixed price to supply subsidised food to the poor and meet any emergency needs.

However, Rao of REA said that the government could eventually be forced to incentivise more overseas rice sales as its storage gets closer to capacity.