GDP numbers of first quarter of FY18 will be announced on August 31, analysts believe the growth will be better compared to previous quarter. However, the economy will see some impact of GST implementation. 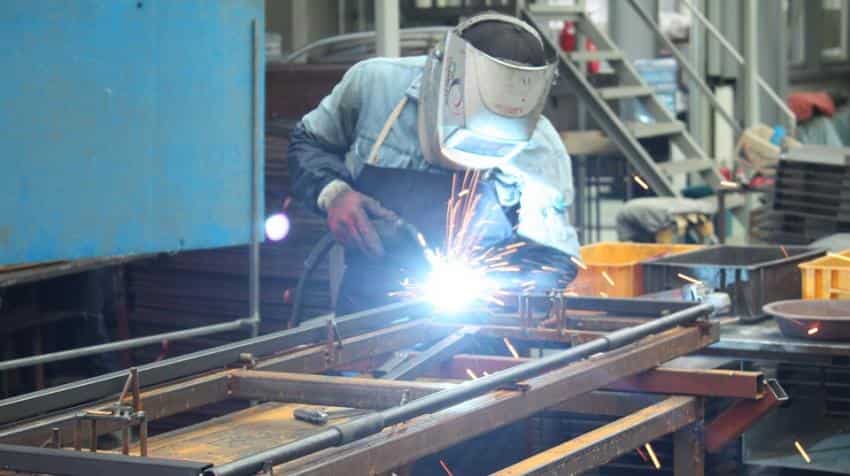 HDFC Bank said, “The sharp slowdown in Q4 should be partly seen in light of a higher deflator impact, which is visible in the difference between growth in nominal and real terms –nominal GVA expanded by 11.3% in Q4, but in real terms the growth fell down to 5.6% in Q4 reflecting a higher GVA deflator (5.7%).”

Now the Goods and Services Tax (GST) is in picture, so what will be the Q1FY18 GDP number of India. Here's what analysts think.

A Reuters poll pf economists, suggested that the GDP numbers is expected to have expanded 6.6%  in the April-June quarter from a year earlier.

Though this would be an acceleration compared to previous quarter, yet the it will lag China`s 6.9% print in the latest quarter.

According to BMI Research, India's growth is expected to pick up following the negative ramifications from the demonetisation drive in November 2016, but weak public banks will likely cap the recovery.

The research believes in the coming quarters India's economy will recover and clock real GDP growth of 6.9% this fiscal.
Madan Sabnavis and Rucha Ranadive, economists at Care Ratings said, "We expect the GDP growth for the first quarter of ongoing fiscal year i.e. FY18 at 6.5% at constant 2011-12 prices.

This growth is contingent on realization of Gross Value Added (GVA) growth at 6.3%."

Teresa John, Research Analysts at Nirmal Bang said, "We expect India’s gross value added or GVA growth to come in at about 6.2% for 1QFY18 while gross domestic product or GDP is likely to register 6.6% growth."

But, John believes serial shocks of demonetisation followed by the implementation of Goods and Services Tax or GST is weighing on the economy.

Normura in its report mentioned that the pick-up in growth which was visible in March-end had lost some momentum towards end of June quarter on the backdrop of destocking and uncertainty from GST.

On the other hand, analysts at HSBC expects GDP in Q1FY18 to be even lower compared to Q4FY17 numbers.

HSBC in its report highlighted that higher private consumption and government spending is likely to be "dulled" by weak investment and exports growth over the quarter.

Earlier on July 31, 2017, Moody's Investors Services and ICRA stated that positive impact of GST would help India's GDP accelerate around 8% over the next three-four years.

John said, "We expect a strong pick-up in activity in 2HFY18 as the shocks of demonetisation and GST fade away slowly."