India's MTCR entry may be cause of worry for China, say strategists 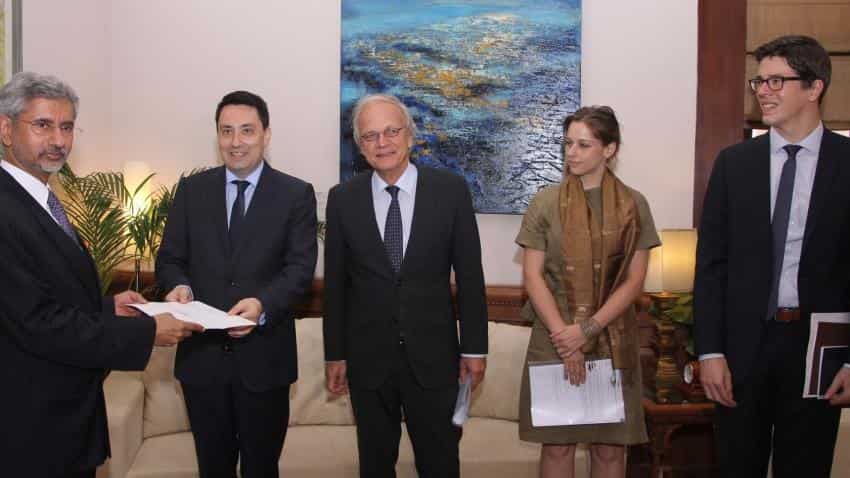 India`s entry into the elite club of Missile Technology Control Regime (MTCR) may pose a challenge to China, strategists say. That`s because it would open the door to legally sell or transfer its sophisticated missiles to others, particularly to countries in Asia.

"MTCR would legitimise and speed up the process of selling missiles, especially the BrahMos to Vietnam which had already shown interest in buying it, and Hanoi would not hesitate in hitting a Chinese ship," Bharat Karnad, research professor at Centre for Policy Research and a national security expert, told IANS.

He added that if India speeds up the process of sale of BrahMos to Vietnam, it could pose a threat to China`s "Fourth Fleet, or the `Ghost Fleet`, that is eyeing dominance in the Indian Ocean, India`s backyard.

The Chinese Navy has three fleet commands -- one each in the Yellow Sea, East China Sea and South China Sea. In late 2014, reports came about a fourth fleet that is being deployed in the Indian Ocean Region, a point of concern for India.

"BrahMos is a supersonic cruise missile. It doesn`t give a chance to the ships to defend themselves. One shot means one kill," Karnad said, explaining why the BrahMos is the most sought after weapon.

"India is a soft country. Vietnam has a stomach to fight, they are not risk averse as India. Chinese can`t take risks with Vietnam, which will respond vigorously," Karnad said, adding "This will create a very difficult situation for Chinese. They will be worried."

Vietnam and China are at loggerheads over the South China Sea, with Beijing laying claim to most of the mineral-rich sea. China has also protested over Vietnam and India entering into agreements on oil exploration cooperation in the sea. Raising of a Fourth Fleet was Beijing`s response to the New Delhi-Hanoi cooperation.

"A country is known by its enemy -- as we are by Pakistan, which is a minor threat. China doesn`t consider us a threat as it does the USA. The MTCR would change that perception in China regarding India," he said.

India has become the 35th member of MTCR. China has been trying to become a member of the regime for 12 years. The membership would help legitimise transactions of high-end missile and Unmanned Aerial Vehicle (UAV) technology.

India could also use this membership as an opportunity to block the entry of China and Pakistan into the club, experts suggested.

Besides Vietnam, countries like the Philippines, South Korea, Algeria, Greece, Malaysia, Thailand, Egypt Singapore, Venezuela and Bulgaria have shown interest in buying the BrahMos, made through an India-Russia collaboration.

Strategic affairs expert Uday Bhaskar said that while nuclear and missile technology is the core of strategic capability of any country, the MTCR membership would help in setting up new perspectives for India.

It may also help in procuring UAVs, drones including the MQ-1 Predator drones from the US.

"It is desirable for India to be part of both NSG and MTCR," Bhaskar told IANS.

"I don`t understand why there was such a hue and cry for NSG, which is really not necessary. We have already crossed the weapons threshold and already have all those leverages required under the 2008 waiver," Karnad said, adding that the NSG might add further restrictions.

India was given a unique waiver by then 45-member NSG in September 2008, lifting an embargo on civil nuclear trade imposed after India exploded its first nuclear device in 1974. Beijing then too had opposed the decision and agreed only after Washington intervened.