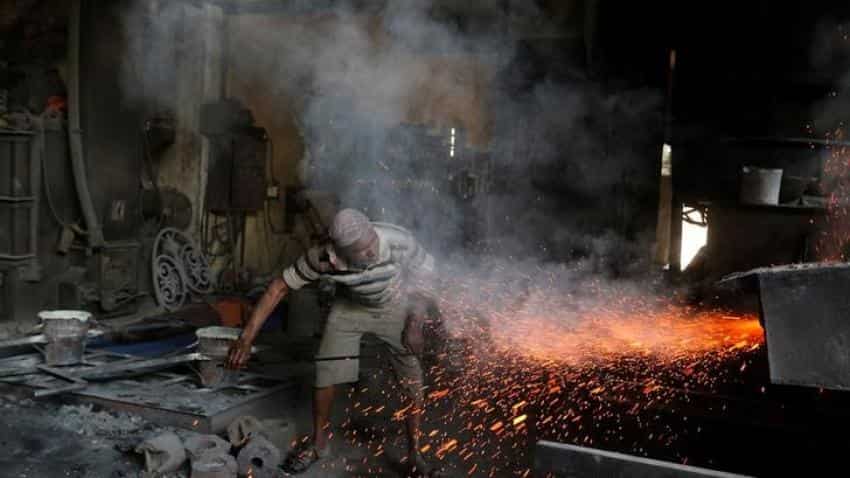 This PMI has been the highest since October 2016 wherein the manufacturing PMI was at 54.4, which was also the highest the PMI had reached in 22 months. Image Source: Reuters
Written By: ZeeBiz WebTeam
RELATED NEWS

“March's reading marked the above-50 level for the third consecutive month,” the report by Nikkei said.

This PMI has been the highest since October 2016 wherein the manufacturing PMI was at 54.4, which was also the highest the PMI had reached in 22 months.

The report further added that the Indian manufacturers purchased greater quantities of inputs for use in the production process during March, with the latest improvement in buying levels the ‘strongest’ in the current three-month sequence of expansion.

"Rates of expansion in factory orders and production accelerated again, encouraging some companies to scale up their input buying and take on additional workers," Nikkei quoted Pollyanna De Lima, economist at IHS Markit, which compiles the survey.

The December PMI was the lowest at 49.6 on the back of demonetisation of higher value rupee notes.

However, due to higher commodity prices Nikkei report said that input costs of materials have increased.

“Largely reflecting higher commodity prices, average input costs increased again. That said, the rate of inflation slowed to the weakest in four months and was below the long-run survey average,” the report added.

"Looking ahead, production volumes are likely to rise further as businesses will seek to replenish their stocks," De Lima said. "Indeed, we saw a marked drop in inventories of finished items, alongside a stronger degree of confidence towards the year-ahead outlook for output."