July will be the fourth straight reading that tops the RBI`s target of 5% by March 2017. 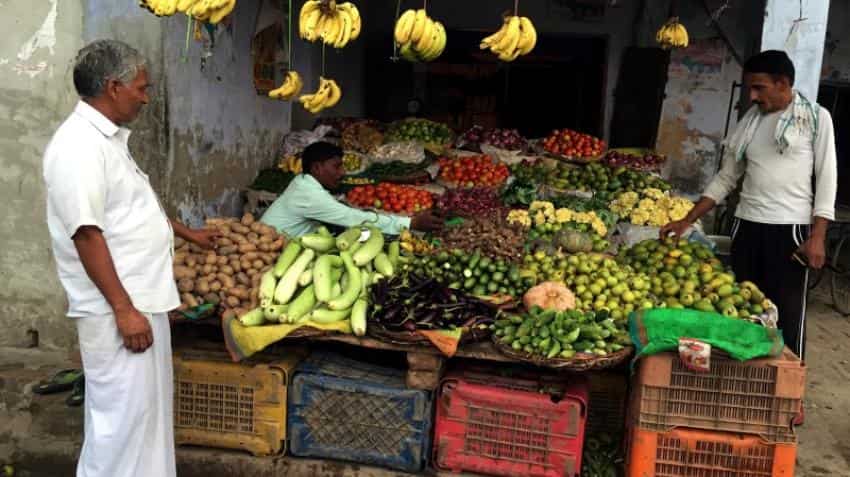 Above-average monsoon rains this summer have raised hopes of a boost to farm output and an ensuing drop in food inflation. Photo: Reuters
Written By: Reuters
RELATED NEWS

Consumer prices are expected to have risen 5.90% last month from a year ago, faster than a 5.77% provisional gain in June, according to a Reuters poll of economists.

If Friday`s government data lines up with the forecast, July will be the fourth straight reading that tops the RBI`s target of 5% by March 2017.

The former International Monetary Fund chief economist is due to step down as RBI governor on Sept. 4, after a three-year term, to return to academia.

While Prime Minister Narendra Modi`s government has yet to pick a successor, it has bound the next governor with Rajan`s retail inflation target of 4% with a plus or minus 2% band for next five years.

Above-average monsoon rains this summer have raised hopes of a boost to farm output and an ensuing drop in food inflation. Already, there are early signs that prices for vegetables are edging down.

However, the outlook for core inflation remains uncertain due to a shrinking output gap and an expected pickup in demand-driven price pressures following full implementation of a major hike in government salaries and pensions.

The roll-out of a sales tax planned for next April is also expected to push up inflation. A government-appointed panel has suggested a standard goods and services tax rate of 17-18% but India`s states want a higher level.

Morgan Stanley reckons a higher rate could push up retail inflation by as much as 0.70%age points.

Economists don`t see much steam left in the RBI`s current easing cycle, in which the policy repo rate has come down by 150 basis points since January 2015, to its lowest in more than five years.

Most expect another cut of 25 basis points by December, before the central bank hits the pause button. But much will depend on who replaces Rajan.

"The appointment of a more dovish candidate as the next governor would raise the chances of further monetary loosening," Shah said.

Analysts surveyed by Reuters expect output at factories, mines and utilities to expand 1.5% in June from a year earlier. In May, contrary to a predicted contraction, output rose 1.2%.

The industrial output data are based on an old series not reflected in India`s current gross domestic product figures. As a result, analysts set little store by those numbers as a guide to the economy`s broader health.