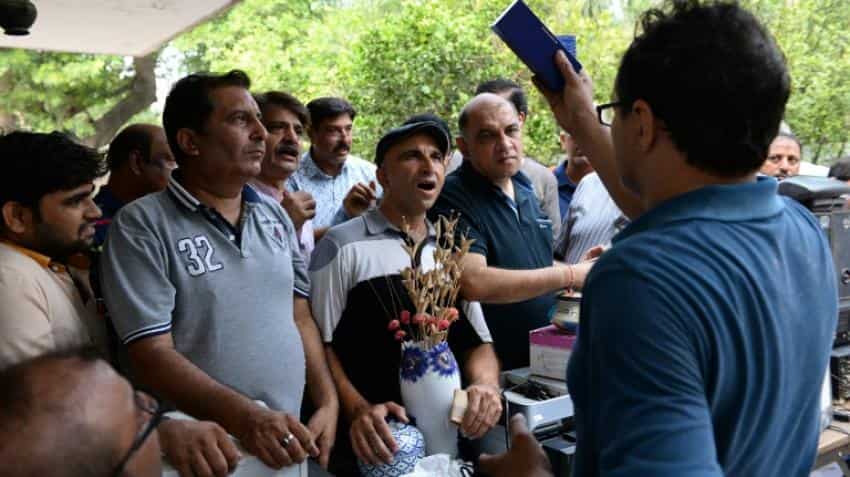 On a scorching rooftop in a smart neighbourhood in the Indian capital, 40 Delhiites with an eye for a bargain peer over auction tables creaking with used, broken and half-eaten items, the front line of a thriving second-hand economy.

The auctioneer's voice rises to a frenzied pitch as the numbers soar higher, each item wielded to a rapid bidding war -– 200 rupees ($3), 300, 700 –- as sheaves of Gandhi-emblazoned notes change hands in a flurry of shouts, winks and the occasional scuffle.

Mobile phones missing chargers, American shaving foam cans that have lost their pressure and expired food packets are all on display, together with a vacuum cleaner, outdated Apple laptops and knock-off designer sunglasses -– labelled coyly as "local".

"Everything will go," says Ashok Sood, a professional home sale organiser who arranges weekly auctions at homes or embassies in New Delhi, mostly for well-off Indians or expatriates who are moving on. 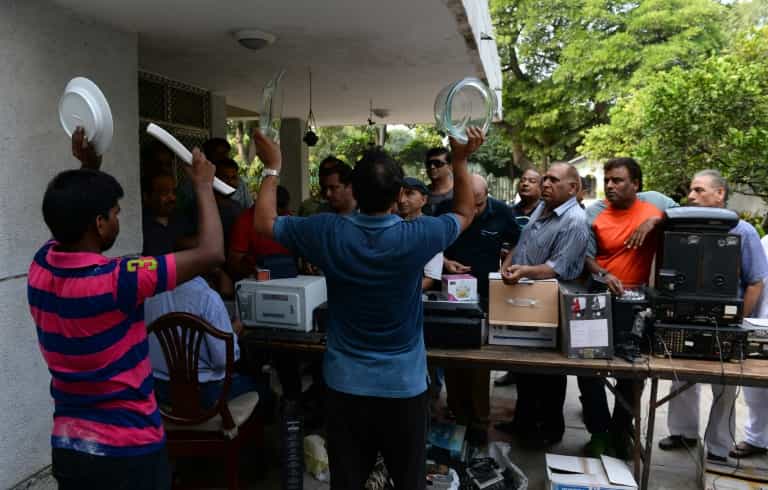 "There is nothing we cannot sell," he adds proudly. "The only question is price."

Delhi`s second-hand circuit goes far beyond a humble car boot or garage sale, attended by hundreds of full-time dealers who buy to sell on and savvy middle-class Indians scouting bargains.

"In India people recycle more than anywhere in the world. Labour is cheap and brains are sharp. Out of three things that are not working, they make two work," Sood says. 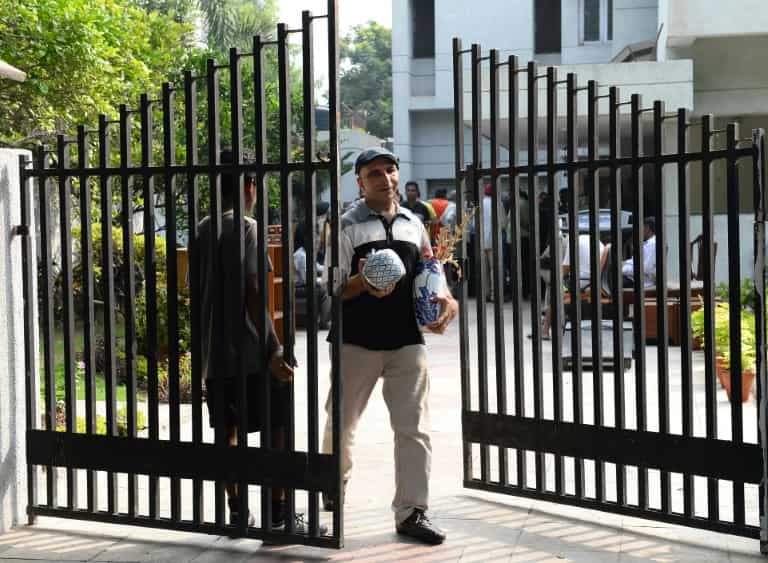 A grocer by trade, he spotted the niche at the 1982 Asian Games in Delhi when he saw foreigners being offered money for their Nike trainers and Sony Walkmans, rarities at the time.

"Back then we were selling VCRs, landline phones, tennis rackets. Things that otherwise only came in through smuggling," he says.

Since India`s economy started opening up in 1991 foreign brands have become more visible, but are often much costlier than in other markets because of high import duties.

These days electronics are the most sought-after items, Sood says, followed by furniture.

Some can be refurbished, but even those beyond repair hold value -- a broken smartphone can be sold for parts for a hefty margin.

The Swedish homeware brand so popular in Europe and other parts of Asia has yet to open its doors in India -- although it will next year -- giving its flatpack designs an exotic allure.

Rural dealers who have travelled to the city to buy furniture raise their margins by telling customers in their villages that the goods were purchased from the home of a diplomat, an unassailable hallmark of quality.

One couple exits dragging a large air conditioner that once cooled a factory, happy to have paid 11,000 rupees for an appliance that costs around 39,000 rupees new.

It looks heavily used, but they seem unconcerned -- auctioneers do not guarantee the condition of goods. "If it is broken we will get it fixed," the husband shrugs.

Many now prefer ready-furnished flats, especially in the satellite city of Gurgaon, curtailing the circulation of white goods and leading the average value of goods traded at auction to slide from around 200,000 rupees to 100,000.

Yet in India as elsewhere, there will always be those drawn by the thrill of a bargain.

Auction regular Samir Mahmud has so much stuff his flat is running out of space but could not resist purchasing a hammock after prevailing in a fierce contest with another bidder.

"It`s like an addiction, everybody says this," he laughs. "It`s dangerous, I`m really suffering. I have all this stuff, but I don`t want to sell it."