The move to promote gas usage is in line with the commitment made at the Paris meeting on climate change. 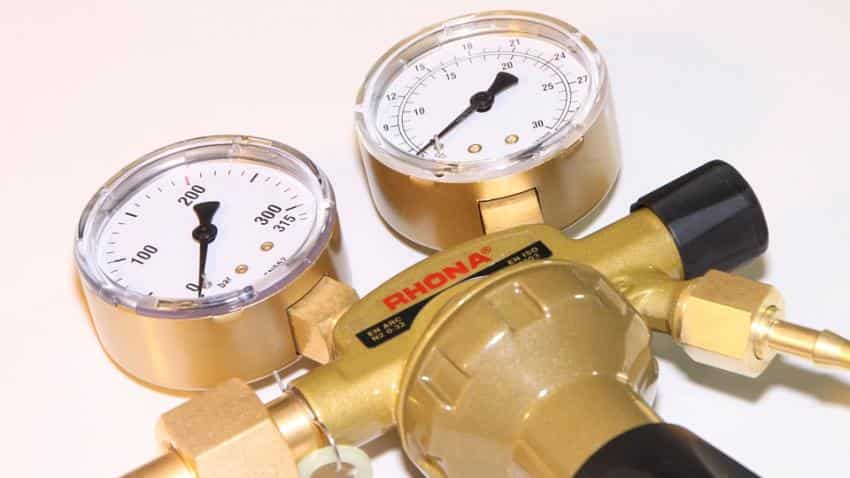 Renewables are likely to be the key driver, with the government targeting 175 GW of renewable power by 2022. Photo: Pixabay
Written By: PTI
RELATED NEWS

The government's plan to more than double the share of natural gas in India's energy mix to 15% would necessitate investments of at least Rs 65,000 crore just to augment gas import and pipeline infrastructure, a report said.

Crisil Research said if the share of gas in India's energy mix has to rise to 10% by 2020, it would mean a doubling of gas consumption to over 100 billion cubic meter (BCM) from current levels.

But given that domestic gas production is limited, demand for imported LNG would surge three-fold to 65 BCM, or over 50 million tonnes. Collaterally, to import this LNG, India's regasification capacity will have to increase to 60 million tonnes compared with 25 million tonnes now.

The move to promote gas usage is in line with the commitment made at the Paris meeting on climate change (called the Conference of Parties 21, or COP 21), to reduce the carbon intensity of India's GDP by a third from 0.37 kg per capita of GDP in 2005, Crisil Research said in a statement.

Renewables are likely to be the key driver, with the government targeting 175 GW of renewable power by 2022. Gas, though a relatively cleaner fuel than coal and other liquid fuels, continues to be a higher cost option, which restricts its usage.

Weak pricing power of end-users further limits usage in the power and urea sectors. "The government's ambitious plan to more than double the share of natural gas in India?s energy mix -- from 6.5% in 2015 to 15% over the medium term -- would necessitate investments of at least Rs 65,000 crore (nearly $10 billion) just to augment infrastructure for gas import and for laying pipelines," it said.

Energy mix refers to the proportion of various fuels in overall energy consumption. Crisil Research said to ramp up gas usage, LNG import and pipeline infrastructure needs to be expanded significantly. In particular, government financial support is necessary to revive stalled pipeline projects in east and south India, which have been dogged by viability worries stemming from subdued demand growth.

It believes that given the gas production constraints, low cost-competitiveness of liquefied natural gas (LNG), and under-developed infrastructure, meeting this ambitious target will be an onerous task, and will require significant push by the government through policies and incentives.

Additionally, gas consumption by the power sector needs to rise significantly if the energy mix goal is to be met.

The share of gas-based power in total generation plunged to 4% in fiscal 2016 compared with 12% in 2011, because of inadequate domestic supply and unviable LNG prices, it said.

Prasad Koparkar, Senior Director, Crisil Research said: "Despite a subsidy-based revival scheme, plant load factors (PLFs) at gas-based power generation facilities are languishing at 20-25%. Even those that received subsidy could operate at only at half their target PLFs (50% in the first half of current fiscal)."

This was because spot prices of electricity have fallen below Rs 3 per unit, while gas-based power costs Rs 4.7 per unit after subsidy.

"Therefore, further policy support, in line with the tax and duty exemptions provided to renewables, and mandatory scheduling of gas-based power, would be critical to boost gas usage in the power sector," he said.

Another key sector with significant potential is city gas distribution (CGD). Allocation of domestic gas leads to cost savings up to 30%, boosting its use in the transport sector.

However, lack of curbs on furnace oil -- a cheaper but more polluting fuel - have resulted in industries continuing to use it.