The GDP growth is expected to contract in the third quarted of this fiscal. 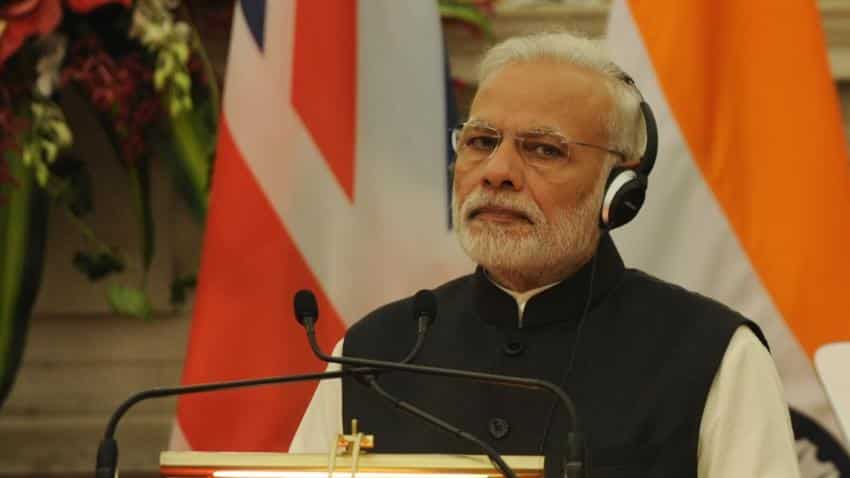 PM Modi looks on during a press conference. Photo: IANS

The cash crunch arising out of demonetisation is expected to paralyse economic activity in the short-term, and the 2017-18 GDP growth is likely to be 5.8 %, says a report.

According to Ambit Capital, GDP growth is likely to decelerate from 6.4% in first half of this fiscal to 0.5% in the second half with a distinct possibility of GDP growth contracting in third quarter of this fiscal.

From October-December 2016 until October-December 2019, Ambit Capital expects a strong 'formalisation effect' to play out as nearly half of the non-tax paying businesses in the informal sector (40 % share in GDP) become unviable and cede market share to their organised sector counterparts.

The demonetisation move is expected to disrupt economic activity in the short term, especially those segments where cash-based transactions are the norm like real estate, unsecured lending, real estate construction services and building materials.

"Whilst in the near-term, we expect these businesses to suffer, over the next couple of years the strongest players in these sectors will gain market share as competition from unscrupulous/unorganised players reduces," the report added.

The report said that in the light of negative effects of the recent steps taken by the NDA Government and with just four months to go before this fiscal year comes to a close, Ambit Capital scraped its current March 2017 Sensex target of 29,500 and has set a March 2018 Sensex target of 29,000.

Regarding the Reserve Bank's monetary policy stance, the report said that the dampening of economic activity is likely to lead to an accomodative policy stance.

"As a response to the slowing GDP growth, we expect the RBI to consider rate cuts of 25-50 bps over 2HFY17 itself," the report said.

The Monetary Policy Committee headed by RBI Governor Urjit Patel last month cut benchmark interest rates by 0.25 % to 6.25 %. The next RBI policy review is on December 7.