Fitch had last upgraded India's sovereign rating from BB+ to BBB- with a stable outlook on August 1, 2006. "Fitch Ratings has affirmed India's long-term foreign-currency issuer default rating (IDR) at 'BBB-' with a Stable Outlook," it said in a statement. 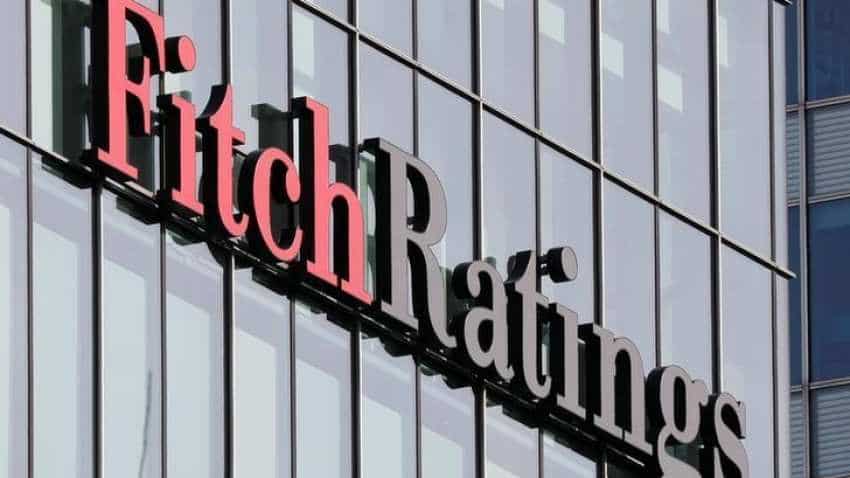 The Indian economy continues to exhibit some structural weaknesses relative to peers and is less developed on a number of metrics, it said. Image source: Reuters
Written By: PTI
RELATED NEWS

Refusing to upgrade India's credit rating for the 12th year in a row, Fitch Thursday retained its sovereign rating for the country at 'BBB-', the lowest investment grade with a stable outlook, saying a weak fiscal position continues to constrain the ratings and there were significant risks to macroeconomic outlook.

The government has been making a strong pitch to Fitch Ratings for an upgrade after rival Moody's Investors Service in November 2017 gave the country its first sovereign rating upgrade since 2004.

Fitch had last upgraded India's sovereign rating from BB+ to BBB- with a stable outlook on August 1, 2006. "Fitch Ratings has affirmed India's long-term foreign-currency issuer default rating (IDR) at 'BBB-' with a Stable Outlook," it said in a statement.

The rating, it said, "balances a strong medium-term growth outlook and favourable external balances relative to peers with weak fiscal finances, a fragile financial sector and some lagging structural factors."

"Risks to the macroeconomic outlook are significant, and include a drop in credit growth, resulting from further problems in the banking or shadow-banking sector," it said. "A weak fiscal position continues to constrain India's sovereign ratings."

Government debt at close to 70 per cent of GDP, a difficulty to meet deficit target of 3.3 per cent of GDP in the current financial year (2018-19) due to lower revenues including from GST in first half, and expenditures being difficult to control in the run-up to general elections were main reasons for the weak fiscal position, it said.

"The Indian economy continues to exhibit some structural weaknesses relative to peers and is less developed on a number of metrics.

While a reduction in general government debt over the medium term and higher sustained investment and growth rates without the creation of macro imbalances could trigger a "positive rating action", a rise in debt burden of the sovereign and loose macroeconomic policy settings that cause a return of persistently high inflation and widening current-account deficits could trigger the opposite rating action, it said.

After the last rating upgrade on August 1, 2006, Fitch had changed the outlook to negative in 2012 and then again to stable in the following year, though it kept the rating unchanged at the lowest investment grade.

The Fitch review for annual sovereign rating follows India's rating upgrade by Moody's after a gap of 14 years, while S&P retained its rating for the country.

While Moody's had in November 2017 raised India's sovereign rating from the lowest investment grade of 'Baa3' to 'Baa2', S&P refrained from upgrading the rating from 'BBB-' citing high government debt and low-income levels. S&P has maintained 'BBB-' rating on India since 2007.

Fitch in its rating action Thursday listed recent defaults by Infrastructure Leasing & Financial Services and some public-sector banks to highlight risks in a sector that in recent years supplied around a third of total credit growth.

Banks "do not seem in a position to significantly spur credit growth, as they still have weak core capital positions," it said adding non-performing loan (NPL) ratio could in near future rise from 11.6 per cent in FY2017-18 due to residual stress.

"Pressures to support credit growth could continue in the run-up to the general elections to be held by May 2019, and relaxation of lending regulations to some troubled sectors could delay the clean-up of the banking sector," it said.

Stating that its strong growth outlook continues to stand out among peers, Fitch put the real GDP growth in the current financial year ending March 2019 (2018-19) at 7.8 per cent, up from 6.7 per cent in the previous FY2017-18.
This forecast is, however, subject to downside risks from tightening financial conditions, weak financial-sector balance sheets and high international oil prices.

The current year growth forecast of Fitch is an upgrade over 7.3 per cent it had predicted in April this year but for the prediction for the next fiscal is a downgrade from last projection of 7.5 per cent.

While India jumping 53 positions in just two years to 77th out of 190 countries on the World Bank's Ease of Doing Business ranking was "remarkable", lingering difficulties in doing business in India remain, including in starting a business and enforcing contracts, and FDI is lagging, it said.