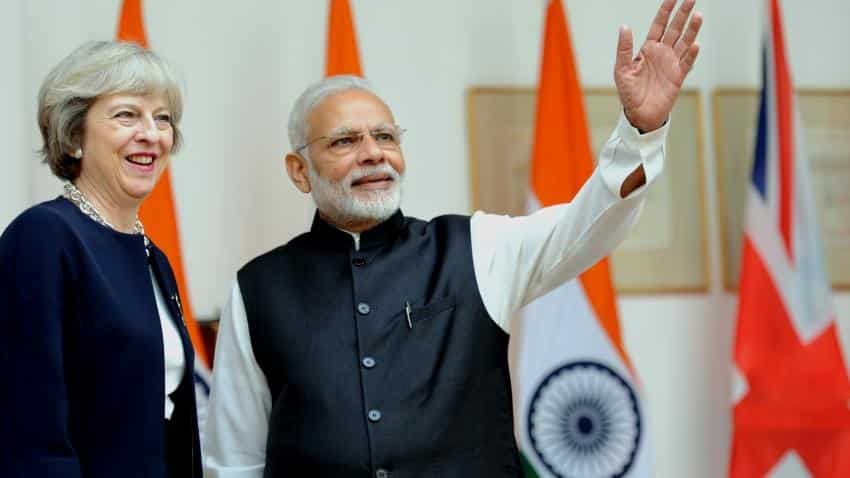 It is no mean achievement when Indian economy flexed its muscles in 2016 and briefly nosed ahead of Britain -- its once colonial master. But the honour was fleeting as India quickly fell back to the sixth-largest position, with considerable headwinds from demonetization and delay in GST rollout queering the pitch.

At the start of 2016, everything looked hunky-dory as the country took pride in being the world's fastest-growing major economy, but the momentum seemed to have petered out by the end of the year as spending took a hit and industrial activity faltered with the junking of 86% of currency in circulation, leading to an across-the-board downgrade in growth projections.

The first half saw India being called the bright spot and rightly so -- in a world searching for growth engine. The government moved in to reconfigure its economic architecture through new institutional mechanisms like the one to tackle monetary policy.

But Brexit, protectionist signal from Donald Trump fresh from the surprise US presidential election win, the Syrian turmoil and an uptick in oil prices partly reversed some of the gains and capped 2016 as a tumultuous year.

The economic agenda for 2017 remain clear. Finance Minister Arun Jaitley needs to impart a big push to the economic activity in the budget coming up in a month -- through not just raising spending on socio-economic infrastructure but dealing with the fallout of the cash recall exercise.

The need of the hour is a 'feel-good budget that will give people something to look forward to while taking the reforms agenda to the logical conclusion, including a schedule for the landmark GST launch that can be honoured.

Once expected to overtake the UK GDP in 2020, the moment arrived early enough in mid-December on the back of a near 20% drop in the value of the pound after the shock Brexit vote.

The jury is still out as India is expected to bridge the gap in the new year even if it were to grow at a lower pace of 7% and UK s growth is projected at no more than 2% through 2020.

Although economists are wary of comparing the relative size of economies using the volatile market exchange rates and prefer purchasing power parity instead, which adjusts the differences in local purchasing power, India's fifth spot behind the US, China, Japan and Germany speaks volumes.

The single-biggest spoiler was the cash ban, which has triggered fears of a blow to consumption, particularly in rural areas, with the dominant services sector being the worst hit. Also, industrial output and investment may feel the pinch which coupled with job losses and a drop in demand could add to the disruption.

Demonetization also acted as a speed breaker in the planned take-off of the Goods and Services Tax, the biggest piece of reform since Independence, from April 1. States that saw their revenues being affected by demonetization have stalled a consensus on supplementary legislations, and the April 1 schedule looks a tall order now.

But to give credit where it is due -- Prime Minister Narendra Modi and Finance Minister Jaitley -- there was never a moment that saw commitment to reforms slipping. After cleaning up the economic mess left by the previous UPA government, the Modi government has bitten the bullet and started carrying out tough structural and deeper reforms.

Despite this, private investments are still hard to come by in a big way and loans to corporate remained subdued throughout the year.

Gross domestic product, by some estimates, has slowed to 6.5% in the third quarter, from 7.3% in July-September.

The government is confident that these are only short-term blips, and in the long run, India is well poised to hop on to the higher growth trajectory.

While inflation was in check and trade and capital flows remained largely unaffected, exports - often seen as the engine for growth - have been tepid. Public investment has been robust, but private investment is yet to pick up.

Industrial activity has been weakened by demonetization, which has taken a toll on consumption demand, the mainstay of the economy.

From the biggest change in RBI's eight-decade history by adopting an inflation-targeting framework and moving to a collective interest-rate decision making to overhauling of the century-old bankruptcy law to concerted efforts to make India a 'one nation and one market' through GST, the transformation has been complete that laid the pitch for long-term structural benefits.

The new bankruptcy code will allow quick closure of businesses gone bad and prevent build-up of NPAs, which are already are at a 16-year high of 12%.

As the reforms momentum picked up, India overtook the UK economy in absolute terms in mid-December though it is still less than one-fifth of the UK in per capita terms. Though the glory was short-lived, it did highlight India's arrival on the global stage as an economic powerhouse that one can afford to ignore at its own peril.

More importantly, it has been able to shed any residual notion of colonial inferiority.

This is reflected in getting tax havens like Mauritius, Cyprus and now Singapore to redraw tax avoidance treaties with India, which is also negotiating a trade deal with the UK, post Brexit.

The way government handles the after-effect of demonetization and the all-crucial Budget will now shape the narrative for the economy in 2017.