Finance Minister Arun Jaitley said that India has standardised itself for a 7-8 per cent growth rate on the back of improving macroeconomic fundamentals. 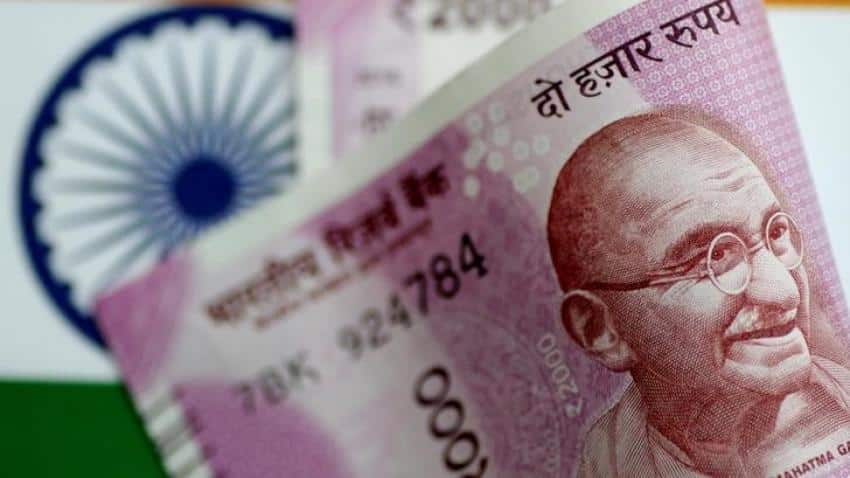 After five straight quarters of slowdown, Indian economic growth is likely to rebound in the July-September quarter from the slowest growth in three years.

The positive notion is prevalent as demand is picking up modestly and the adverse impact of the Goods and Services Tax and demonetisation is also fading away.

A Bloomberg poll of 46 economists stated that India's gross value added (GVA) growth in the quarter-ended September is likely to grow at 6.2 percent from a three-year low of 5.6 percent in the previous quarter. The GVA growth has reportedly become a preferred measure of economic growth as it strips out the impact of indirect taxes and subsidies.

As the government will release the September quarter growth numbers at 5:30 pm today, the report said that improvement will come as a relief for Prime Minister Narendra Modi's administration, grappling with slowing growth, stagnant private investments, a pile-up of bad loans, shrinking exports and the risk of missing its fiscal deficit target.

In its economic outlook, the Federation of Indian Chambers of Commerce and Industry said the slowdown in the economy due to the twin shocks of demonetisation and GST “seems to be bottoming out”.

Morgan Stanley, however, said that growth is expected to take-off from here with a recovery in the private sector capital expenditure underway from 2018. It also expected real GDP growth in India to accelerate to 7.5 percent in 2018 and 7.7 percent in 2019.

“With the headwinds abating, we expect that the economy now has a clear runway for growth, with consumption and exports picking up,” it added.

The Reuters poll of 52 economists over the past week showed that gross domestic product (GDP) growth is likely rose to 6.4% from a year ago in the July-September quarter, from 5.7% in the previous period.

If the data matches expectations, the poll said that it will break a five-quarter slowing trend and mark the best rate this calendar year. Forecasts in the poll ranged from 5.9% to 6.8%.

None of the 52 economists in the poll reportedly expected growth to slow from 5.7%. But few economists expect a return to growth rates above 8% clocked at the start of 2016. The Reuters poll also showed India’s gross value-added (GVA) growth estimate likely accelerated to 6.2%, from 5.6%.

Elaborating further, the report said, "the most important and the fastest growing sector of Indian economy are services.  Trade, hotels, transport and communication; financing, insurance, real estate and business services and community, social and personal services account for more than 60 percent of GDP."

"Agriculture, forestry and fishing constitute around 12 percent of the output, but employs more than 50 percent of the labour force. Manufacturing accounts for 15 percent of GDP, construction for another 8 percent and mining, quarrying, electricity, gas and water supply for the remaining 5 percent," the report added.

Earlier in the day, Finance Minister Arun Jaitley said that India has standardised itself for a 7-8 per cent growth rate on the back of improving macroeconomic fundamentals.

"India has standardised itself ordinarily for a growth rate between 7 to 8 per cent. If it slows down, it is more towards 7 and if it paces up it is more towards 8 per cent growth. It's already close to USD 2.5 trillion economy in terms of GDP," he said while delivering a lecture.

Chief Economic Advisor Arvind Subramanian on Wednesday exuded confidence saying "we will soon come out from these two policy experiments" of demonetisation and GST rollout and regain growth.

He added, "GDP would bounce back with better credit growth, investment growth and growth in exports, as Indian economy has the potential to grow at 8 to 10 per cent. As GST is also stabilizing, it will also help in that."