Indian domestic carriers had more people on its flights as compared to the same period last year. Passenger load factor has risen with tourist season on the rise. 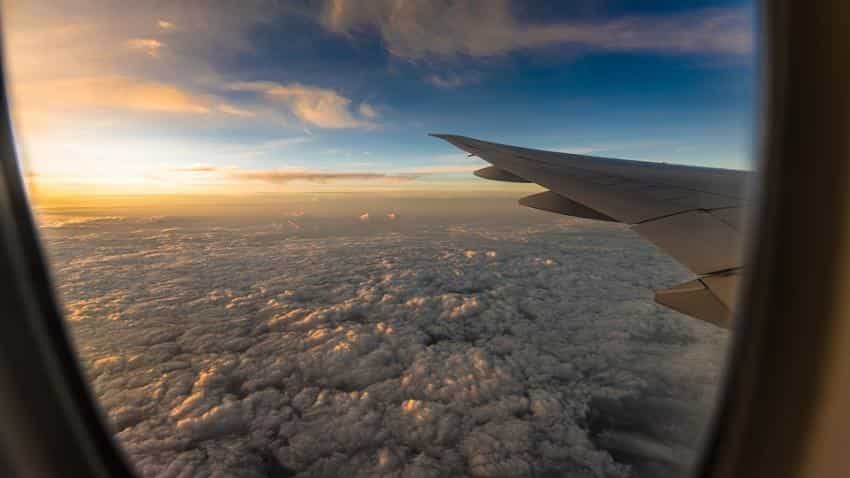 There has been an increase in the passenger load factor (PLF) in April, with SpiceJet topping the list at 93.4% PLF. Image Source: Pixabay
Written By: ZeeBiz WebTeam
RELATED NEWS

Indian domestic carriers recorded a passenger growth grew by 17.71% higher than the same period in the previous year, Directorate General of Civil Aviation (DGCA) said in a report on Thursday.

“Passengers carried by domestic airlines during Jan-April 2017 were 364.13 lakhs as against 309.35 lakhs during the corresponding period of previous year thereby registering a growth of 17.71%,” DGCA said.

The total number of passengers in the month of April alone reached 91.34 lakh. In March the passenger count was 90.46 lakh.

There has been an increase in the passenger load factor (PLF) in April, with SpiceJet topping the list at 93.4% PLF.

“The passenger load factor in the month of Apr 2017 has shown increasing trend compared to previous month primarily due to beginning of tourist season,” DGCA said.

Highest level of cancellation was witnessed by Air Carnival at 58%. In the previous month its cancellation rate was 9.68%.

Overall cancellation rate of scheduled domestic airlines for the month of April was at 0.43%.

Majority of the complaints at 1.9 complaints per 10,000 passengers from national carrier – Air India. 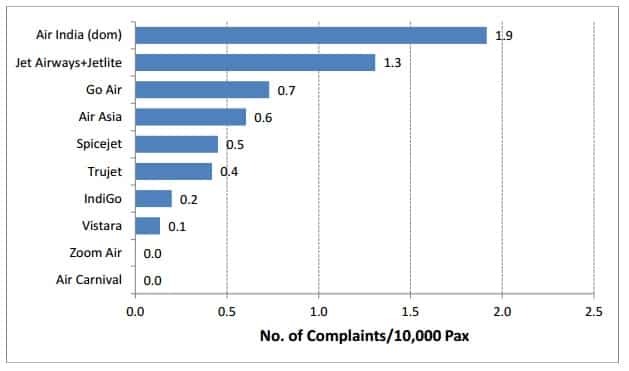 On Time Performance (OTP) of most of the airlines were in close proximity of each other with Vistara taking the lead at 87.4%. 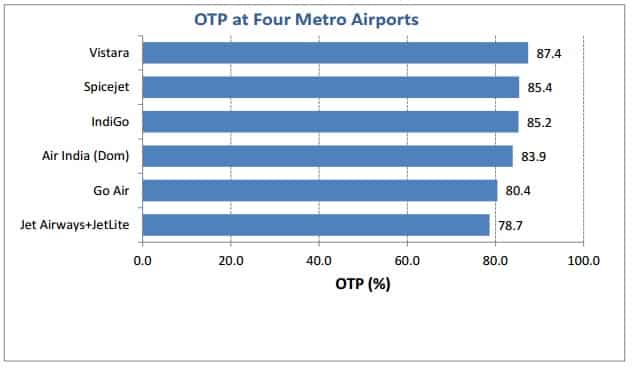 The market share of IndiGo increased in April, taking the lead at 41.4% and Jet Airways coming in second with 15.2% market share.

Air India and SpiceJet’s total market share dipped from 13% and 13.2% respectively in March to 12.9% each in April.