“Nothing you can do to take me away from my guy,” could be the song every Indian is singing for PM Modi. He was labelled as more popular than the Gandhis and the Congress party. 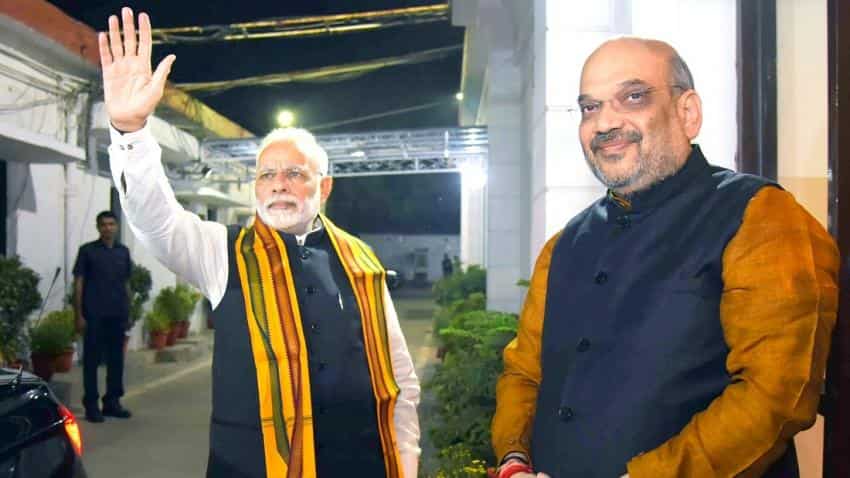 Prime Minister Narendra Modi has grown on the Indian people since the time he stepped into power from 2014 till date. Nine out of ten Indians currently hold a ‘favourable’ opinion of Modi as against his public image before the polls.

Their satisfaction stems from their belief that the Indian economy is in better shape than before when it was under the leadership of the Gandhis and the Congress party, a survey by Pew Research Center revealed on Wednesday.

“The public’s positive assessment of Modi is buoyed by growing contentment with the Indian economy,” the research by Bruce Stokes, Dorothy Manevich and Hanyu Chwe revealed. 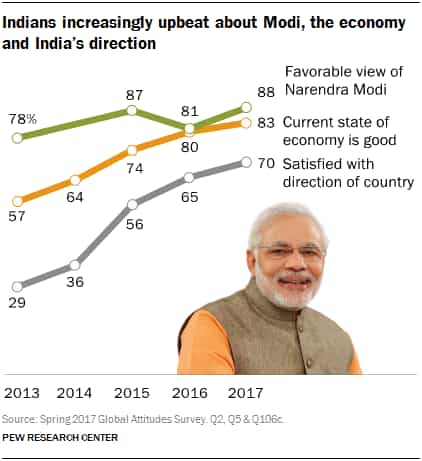 “More than eight-in-ten say economic conditions are good, up 19 percentage points since immediately before the 2014 election. And the share of adults who say the economy is very good (30%) has tripled in the past three years,” the report added.

The research was conducted by Pew Research Center who surveyed 2,464 respondents in India from February 21 to March 10, 2017.

“Nearly nine-in-ten Indians hold a favourable opinion of Modi, comparable to their view of him in 2015, after a year in office,” the report said.

In the aftermath of PM Modi’s decision to demonetise higher currency left the economy battered and bruised. India's economic growth rate in the first quarter of FY18 slowed to 5.7%, as compared to 7.9% in the same period a year ago, as per Central Statistics Office data.

However, Modi’s overwhelming popularity spreads across the nation from north to south and west to east.

A mere 14% of North Indians held PM Modi in an ‘unfavourable’ opinion. 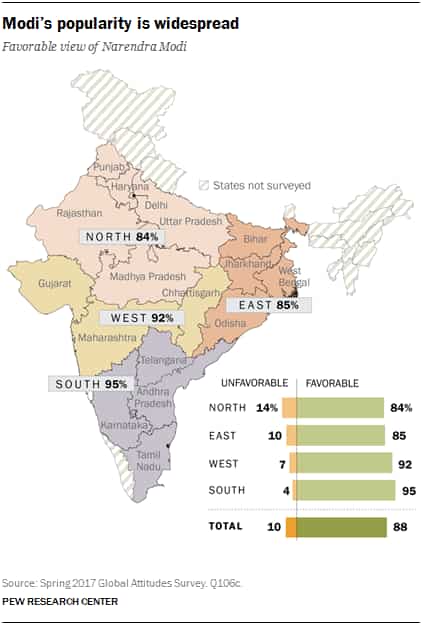 Favouritism for PM Modi also stemmed from the rising number of Bharatiya Janata Party (BJP) supporters who ‘expressed stronger support for the Prime Minister,’ than the supporters of the Indian National Congress.

“BJP supporters have a more positive opinion on the economy than Congress supporters. But both groups are similarly satisfied with the direction of the country, despite a partisan gap of 18 points in 2016,” the report said. The 2017 partisan gap in favourable approval of Modi was 32 percentage points. This was larger than the 20-point divide in 2015 but relatively unchanged from 2016, the report said.

Nearly 85% of Indians trusted the government and 79% were very satisfied with the current state of the democracy. 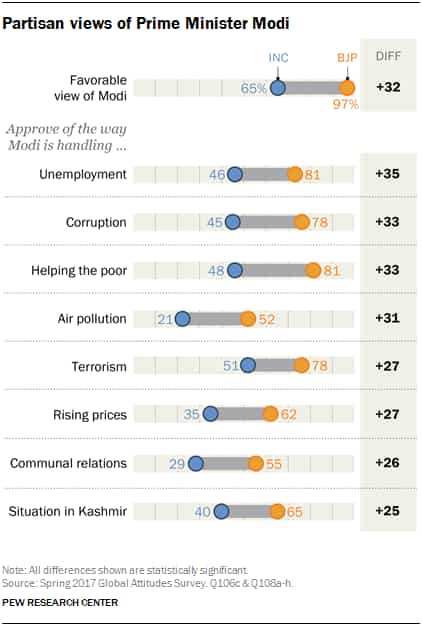 “Overall, seven-in-ten Indians are now satisfied with the way things are going in the country. This positive assessment of India’s direction has nearly doubled since 2014,” the report added.