Indians among most optimistic about economy, future prospects

India was listed among the nations that felt good about its economy’s current situation and future aspects. While majority of the developing nations were not as enthusiastic as Indians about their economy, Indians were ‘most positive.’ 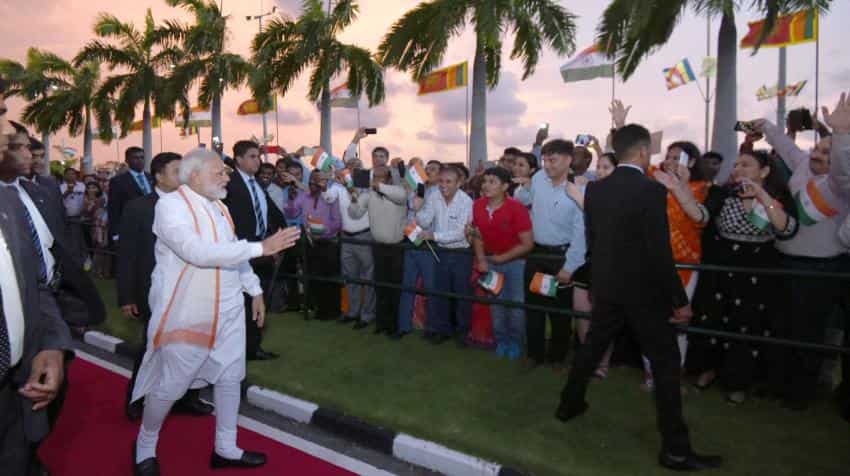 Among the developing countries, Indians fell ‘most positive’ about their economy, where more than half the people surveyed shared optimism about their children’s future.

“The Dutch, Germans, Swedes and Indians see their national economies in the most positive light,” a report by Pew Research said on June 5.

The Pew survey conducted in a total of 32 countries in the years 2016 and 2017, was based on the belief that a child in their country today will grow up to be better off financially than their parents.

The survey showed 83% of Indians felt the economy was currently in a good place. And 76% of the respondents were optimistic about future economic prospects.

“Indians (76%), Nigerians (72%) and Chileans (69%) are particularly optimistic about economic prospects for the next generation,” the report said.

The overall median was only 46% in the 32 nations surveyed who said their economy was doing well.

“In many emerging economies, such as India, Turkey and Brazil, more than half of the public across generations share optimism about their children’s financial future,” the report added.

While the report focused on how advanced economies like USA, Europe and Japan were more ‘upbeat’ about their economies since the time of the financial depression a decade ago, the emerging markets did not share their enthusiasm.

India being grouped into the ‘emerging markets’ category was brought down on account of high negativity from other markets.

“Positive views in India and the Philippines are offset by very negative sentiment in Venezuela and Brazil,” the report added.

The global consensus favoured optimism about future economy prospects and the economic sentiment for most nations has improved over the past three years. 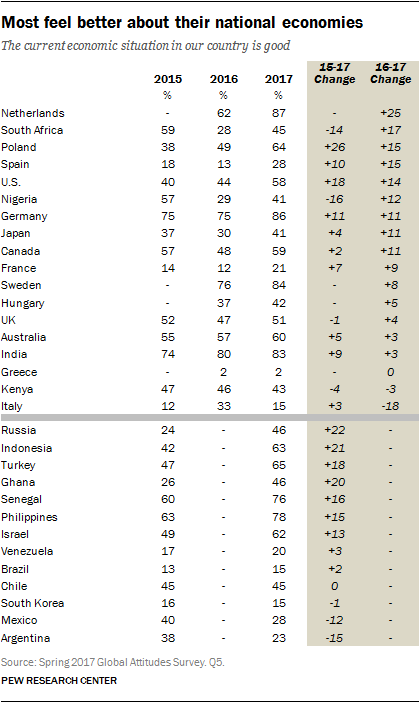 The research also found that younger people all over the world shared more optimistic views about their future as opposed to the older generation.

“The greatest erosion in public contentment with the economy has been in Italy (down 18 points since 2016), where economic satisfaction is now back to roughly 2015 levels, and in Argentina (down 15 points since 2015),” the report added.