Indian rupee has appreciated by nearly 7% and has become overvalued compared to its peers - resulting in some RBI intervention. 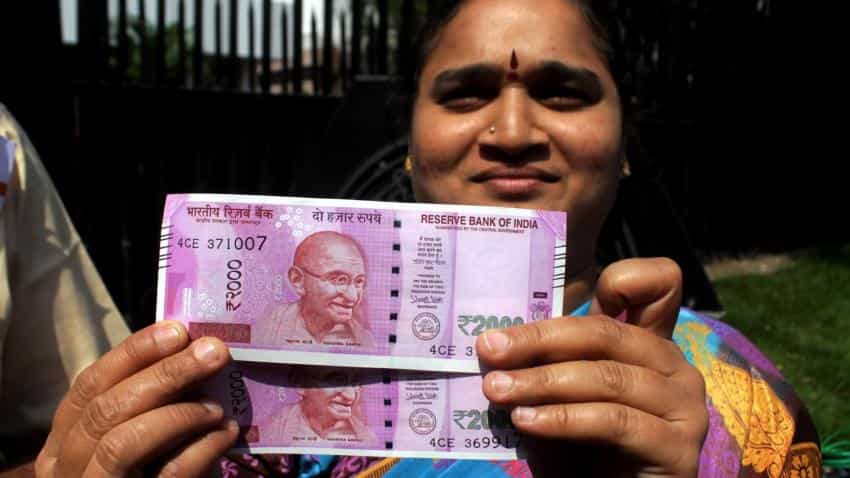 The Indian rupee is now at its two year-high and is trading at nearly 63-level against US dollar. Rupee has appreciated by nearly 7% against dollar and has outperformed emerging markets currencies since the start of the year 2017.

Three reasons are the outcome of rupee appreciation – firstly under-performance of dollar index which has depreciated by 9% in 2017, secondly Chinese forex reserves has been rising for the sixth consecutive month and climbed to $3.08 trillion in July and lastly strong foreign inflows India.

However, the impact of rupee appreciation has been deeply seen in India's balance of trade since the start of 2017.

Balance of Trade is the difference between a country's imports and exports. When imports are higher than exports it results in trade deficit for a country or a vice versa.

According to State Bank of India, Indian currency has also appreciated by 3.7% against Chinese Renminbi during the same period. With trade deficit with China constituting 48% of the overall trade deficit in FY17, this is indeed a matter of serious concern for policy makers. 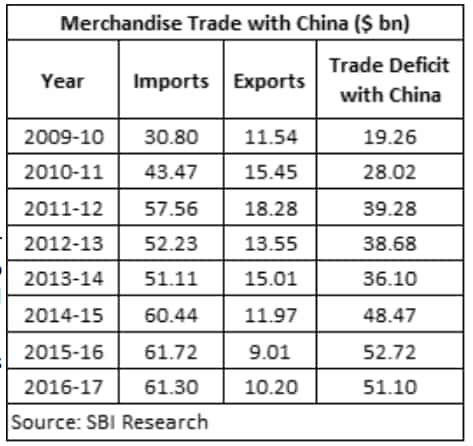 SBI added, "If this trend of rupee appreciation continues, thereby making goods from China cheaper, our imports from China could very well exceed the level of $61.30 billion attained in FY17."

This is not a good sign, as per SBI it  can adversely impact production of these domestic industries.

Even the IIP data reveals that industries such as electrical equipment; motor vehicles, trailers and semi-trailers; fabricated metal products as well as chemical industries are showing negative growth in the past few months, stated SBI.

Rupee appreciation also results in a large importers' portfolio being unhedged. As per India Ratings, majority of the importers have 75% exposure to FX movement and also lie under the unhedged category.

Mark Mobius, executive chairman of Templeton Emerging Markets Group at Franklin Templeton Investments told Zee Business, "Indian rupee continuing to get stronger and probably hit 60 against the US dollar by the end of the year on the back of growth in India, strong and rising reserves."

The bank said, " External shocks led by the Fed unwinding or any triggers from the ECB continue to remain the key risks to the outlook.” Also it added, “ We are cognizant of the widening trade deficit and likelihood of external shock as the global liquidity scenario is expected to tighten in the medium term. This is warranted to stem the appreciation bias in the currency."

“The highest ever over valuation of the Indian Rupee on 36 and 6 country basis is another consideration for Rupee intervention,” added ICICI Bank.