Indian Rupee remains weak against US dollar, can reach all-time high of 68.85-mark; here's how 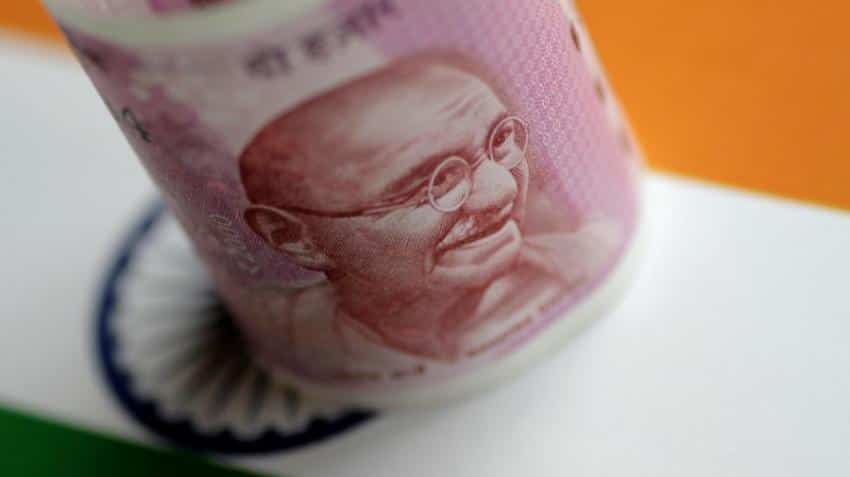 Indian Rupee continued to depreciate against US benchmark dollar index at interbank forex market, trading over 68-mark for the third consecutive day now against the dollar. In early opening, the domestic currency traded lower by 4 paise at 68.03 against the US dollar pressured by a lower opening in the domestic stock market.

According to Kotak Institutional Equities,  both the levers, fiscal and trade, are problematic for EMs, as former makes Fed even bolder with its monetary policy tightening and latter, is negative for demand flowing into emerging markets. Add to this the high volatility in financial assets, elevated levels of oil prices and domestic political risk premia, it is no surprise that carry traders are still shunning Indian Rupee, even though current real rates appear attractive.

Anindya Banerjee, analysts at Kotak Institutional Equities, said, "RBI has been a major player off late, as the pair has surged from 67.00 to 68.00 plus levels on spot. Central banks seems to adamant in keeping the pair below 68.00 handle. The question remains how long can they save the local unit? There is no question that central bank has more than enough reserves to defend the Rupee, even if it wants to draw a line on the sand above 68.00 levels. But is there such a need? We do not believe so."

Banerjee adds, "Indian macros are improving: growth is robust and inflation is within control and real rates are positive. Oil prices are not within our control, so there is no point sweating over it. Capital flows will be impaired due to the external dynamics and political risk."

Banerjee also highlights that central bank has shown extreme prudence, when it came to managing the currency ever since Rajan stepped into the helm. The tradition of prudence has been ably carried forward by Dr Patel, even though external waters have become far more treacherous.

Therefore, Banerjee believes, RBI may keep Rupee moving in line with its EM peers. Hence, as long as the larger EM trade remains to be short, Rupee may find supply on any major episode of corrective appreciation. Oil and political risk within this, creates the additional beta, over EM FX.

On the previous day, the domestic currency had settled marginally up by 2 paise at 67.99 against the American currency. Foreign investors continued to remove their money, as outflow of Rs 2105.60 crore was recorded cumulatively in equity, debt and hybrid markets.

Technically, USDINR remains in an intermediate uptrend as long as 67.25 is intact on spot (previous week's low). However, an intermediate trend reversal would occur below 66.85 low seen a couple of weeks back. Between 66.85-67.25, it can be a no trend phase, as per Kotak.

Banerjee further added, "Trade remains to buy on decline, engineered by the central bank. For the week, buying can be done between 67.70-67.90 zone, with stops below 67.60 on spot, a daily closing basis. Target remains May highs of 68.50 on spot and above that, around 68.85, all-time highs"