The rupee traded over 72.30 against the US dollar around 11.35 am at the Inter-Bank Foreign Exchange Market. 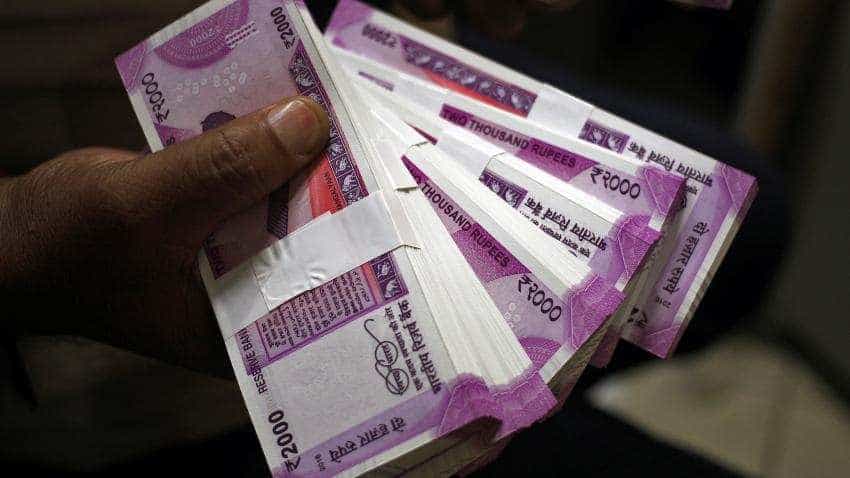 Indian rupee today opened on a positive note by inching 15 paise higher at 72.30 against the US dollar amid increased selling by banks and exporters. The domestic unit on Monday slumped to new record low of 72.67 a dollar in intra-day trade before closing at 72.45. The steep 72 paise fall was in the wake of growing fears of contagion from an emerging-market rout and escalation of global trade war.

Dollar's weakness against some currencies overseas including the euro also supported the rupee, dealers reportedly said.

The rupee traded over 72.30 against the US dollar around 11.35 am at the Inter-Bank Foreign Exchange Market. However, its outlook remains bleak.

DBS Bank reportedly said that it expected sustained pressure on the rupee with factors such as higher oil prices, widening current account deficit and the US Federal Reserve`s rate hike cycle likely pushing it towards 75 per dollar levels.

A PTI report said yesterday that the finance ministry is in touch with the Reserve Bank for market intervention to check declining value of rupee, citing an official.

The central bank has reportedly been selling dollars to arrest declining rupee, which led to decline in forex reserves from USD 426 billion in April to USD 400.10 billion at the end of August. The official reportedly said the RBI has sufficient foreign exchange reserve, and added that the ministry is in touch with the central bank for timely market intervention.

The official further stated that the decline of rupee is not secular as the Indian currency has strengthened against British Pound, Euro, Chinese Yuan and Japanese Yen.

"There is no panic situation as most of the global currencies are facing the heat of strengthening dollar. In fact, rupee has strengthened against various other currencies," the official told PTI.

Former Reserve Bank Governor Raghuram Rajan also expressed hope that the rupee will not go in for a free fall as the central bank is appropriately raising interest rate to control inflation. In an interview to CNBC TV18, Rajan said it was important for the RBI to continue to give signal that it would keep inflation under check.

On suggestions of NRI bonds to check rupee depreciation against the US dollar, Rajan remained non-committal, but reportedly said that they are "weapons you have in the armoury".

Rajan reportedly said that India has to pay attention to the aggregate fiscal deficit, as state governments have increased their fiscal deficits.

The RBI had increased the key lending rate twice in the recent past on inflationary concerns. The RBI has reportedly been tasked by the government to contain inflation at 4 per cent with a margin of +/- 2 per cent.

Notably, when the rupee fell to Rs 67.85 to a dollar due to US Federal Reserve's 'taper tantrums' in 2013, the central bank had introduced NRI bonds mobilising USD 26 billion through Foreign Currency Non-Resident Bank Account (FCNR-B) deposits. These bonds had a maturity period of 3 years.