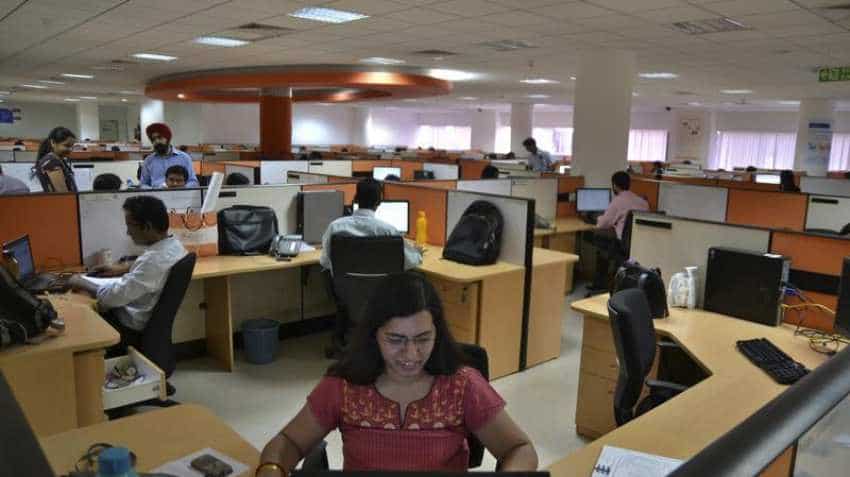 Indian companies and banks are likely to be less vulnerable to the rupee depreciating with dependence on foreign currency loans being significantly low. Image source: Reuters
Written By: DNA Money Correspondent
RELATED NEWS

The most vulnerable companies are likely to be those who have significant foreign currency debt, operate in sectors reliant on imported or commodity inputs and have revenue denominated in local currency. Sectors such as airline, telecom, auto, chemical and fertiliser would, therefore, be most impacted, according to a Fitch report. Total foreign currency external debt, including the private sector, is equivalent to just 13% of the gross domestic product, which is one of the lowest among major emerging markets, Fitch said.

Fears of the of the government missing the fiscal deficit target of 3.3% by 10 to 20 basis points and the expectations of current account deficit (CAD) worsening is continuing to put pressure on the rupee. On Thursday, the rupee touched a low of Rs 70.17 per dollar and a high of Rs 69.96 a dollar in intra-day trading, before settling at 70.11. The rupee has been the worst performing major currency in Asia this year, having fallen by 10% so far.

Ritesh Bhansali, assistant vice president - forex risk consulting, Mecklai Financial, said, “The market is agog with rumours of the government slipping on the fiscal deficit target and the CAD widening. This will continue to keep the pressure high on the rupee.”

Rating firm Fitch said in its report that India’s corporate sector is less dependent on foreign borrowings than in most other emerging markets but hedging practices are limited, particularly at companies lower down the credit scale.

The banking sector has a relatively low direct foreign-currency exposure, with foreign-currency loans accounting for just 10.9% of total loans in March 2018, as per Fitch’s estimate, compared with 12.1% a year earlier. However, domestic-currency lending to corporates with unhedged foreign-currency borrowings could face increased repayment risk.

The net portfolio outflows through mid-August have totalled $5.5 billion for the year, mostly in bonds, compared with inflows of $27.9 billion over the same period in 2017. Foreign direct investment inflows have also weakened and no longer cover the current account deficit - in other words, India’s basic balance has turned negative, Fitch said in the report.

According to a Religare report, “The Indian rupee, Asia’s worst-performing currency this year, has fallen by 10% YTD, breaching the psychological level of 70 to a dollar for the first time ever as investors fled emerging markets amid concerns that a currency turmoil in Turkey would spill over to other regions.”

On the domestic front, growth in imports touched a 14-month high of 28.8% in July to $43.79 billion, while exports growth slowed and touched 14.3% in July to $25.77 billion. Growing trade imbalance is likely to worsen the CAD.