Indian Rupee near 73; Guess what! 14 stocks that will benefit from the weak currency, should you invest?

The government has tried its best in driving sentiments when it comes to trading in rupee, however, everyone is eyeing for RBI to intervene. 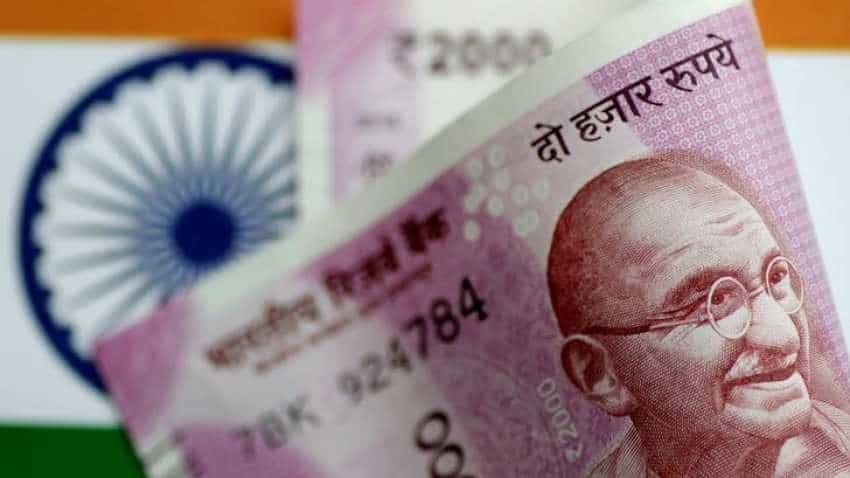 There is no stopping to Indian currency, as it continues to free fall against US benchmark dollar index at interbank forex market. The rupee has depreciated so much so that it has even touched an all-time low of 73-mark against the dollar, resulting in among the worst performing currency in EM market in front of the latter. The domestic currency has depreciated by 12.3% so far this year and comes as a negative factor for the country’s economy for a host of reasons like it creates inflationary pressure, higher import bills, hampers government cost of borrowing and impact fiscal deficit. The government has tried its best in driving sentiments when it comes to trading in rupee, however, everyone is eyeing for RBI to intervene.

Interestingly, Anindya Banerjee, analysts at Kotak Securities said, “When a currency driven primarily by external factors there is little policymakers can do to alter the larger trend of the Rupee. However, pressure has been building on the government as many as looking for a solace, rather than a solution to the issue of Rupee depreciation.”

Simply put, rupee is out of control!

Even in these midst, where Indian economy is seen impacted by Indian rupee, there are list of 14 stocks which are actually beneficiary from the depreciating currency.

While downgrading Indian equities outlook ahead, the financial service provider Goldman Sachs also spoke about Indian rupee. Goldman highlighted a list of 14 stocks that are benefiting from weak rupee.

In its research report, Goldman said, “For investors concerned about the risk of further INR depreciation, we highlight stocks that would benefit from/be hurt by a weaker INR. “INR depreciation beneficiaries” are largely exporters (Tech, Pharma) and Autos, which would benefit because a high proportion of their revenues are linked to USD.” 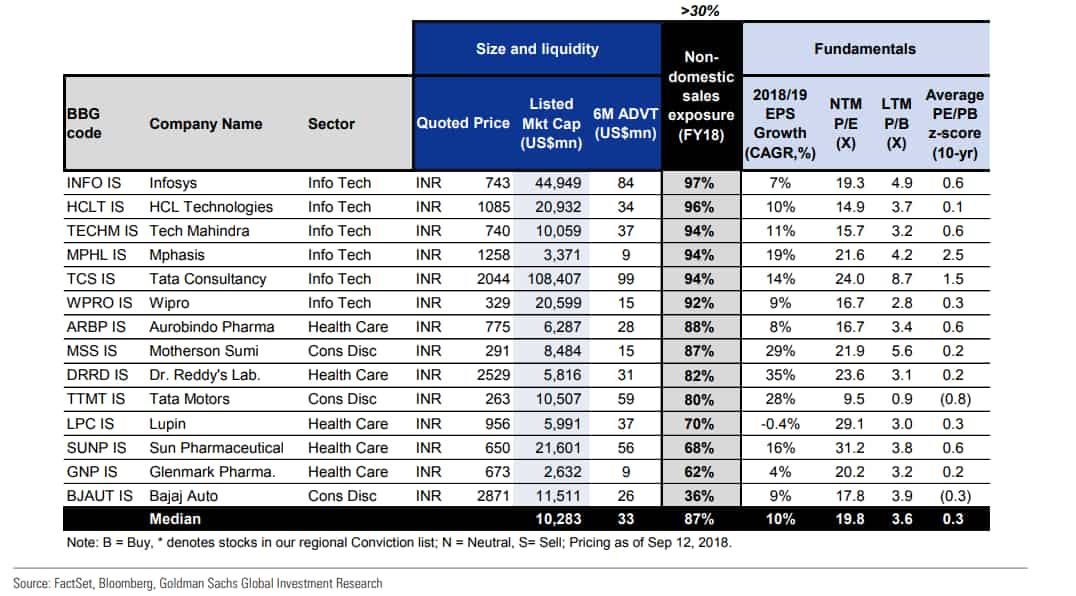 These stocks at least have about 30% of their revenues coming from outside India.

IT stocks like Infosys, HCL Technologies, Tech Mahindra, Mphasis, Tata Consultancy and Wipro are best pick on stock exchanges in midst of rupee depreciation. Pharma stock is also not far away, as companies like Aurobindo Pharma, Dr. Reddy’s Lab, Lupin, Sun Pharmaceutical and Glenmark Pharma are worth buying.

Apart from this, some of the auto stocks are also seen to gain from weak rupee. They are - Motherson Sumi,  Tata Motors and Bajaj Auto.