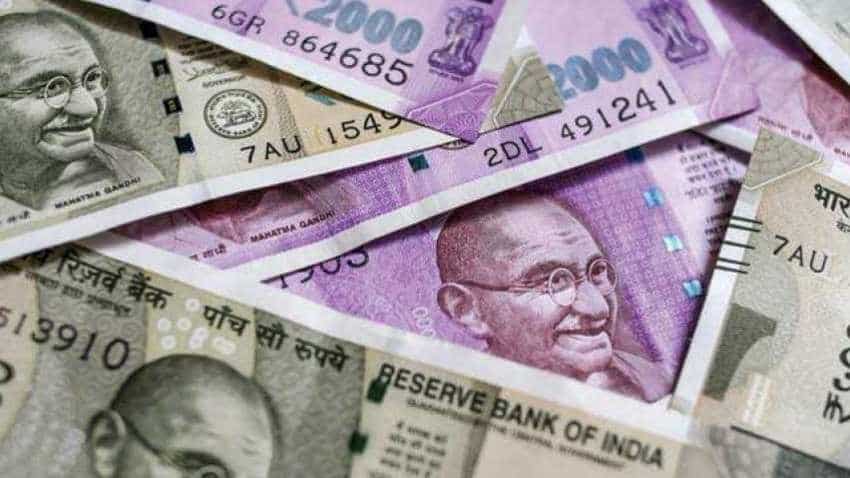 So far, the rupee has lost close to 9 per cent, making it one of the worst performers among the large currencies. Image source: Reuters
Written By: PTI
RELATED NEWS

The rupee fell beyond Rs 70 to the dollar, closing at an all-time low yesterday at 70.15, while on friday the market was closed. So far, the rupee has lost close to 9 per cent, making it one of the worst performers among the large currencies.

"A weaker and more volatile rupee would likely result in increased hedging costs for companies, while the same may benefit exporters," an S&P report said.

"Most corporates can withstand the rupee plunge as the share of their dollar-linked earnings largely balance the share of their greenback-denominated debt. A few of them will be negatively affected, but not severe enough to impact their credit ratings," S&P said. The report further said it expects the credit profile of rated infrastructure companies to be largely protected from the current bout of rupee depreciation.

While regulated utilities (like NTPC, Power Grid, and NHPC) enjoy cost pass-through for currency depreciation or hedging costs, unregulated power companies are protected due to hedged forex bonds. But Delhi airport and Hyderabad airport will benefit from forex earnings as well as hedging. "We thus believe the impact on infrastructure sector will be limited", the agency said.

"We believe the debt-laden telecom sector could face further stress due to limited foreign-exchange earnings combined with foreign currency debt. Bharti Airtel's share of forex earnings is only 20 per cent, whereas its share of forex-denominated debt is about 50 per cent," it said. A sustained depreciation of the rupee could thereby negatively affect its leverage.

The report also noted that Reliance Industries can also see rising leverage as 75 per cent of its debt is dollar-denominated, while 85 per cent of its earnings are in dollars. However, at the same time it entire cash balance is denominated in the rupee. "Thus a depreciation in the value of those cash balances feeds through to leverage calculations," the report warned.

Oil companies like IOC, BPCL and HPCL will see a big boost to their profit since they will be able to sell crude on dollar benchmark-linked prices. Similar will be the case of software exporters like TCS, Infosys and Wipro.