Indian Railways chalked out a plan to ask passengers to sacrifice the subsidy on train tickets, viewing the fact that it recovers only 53 per cent of the cost of a ticket from a passenger. 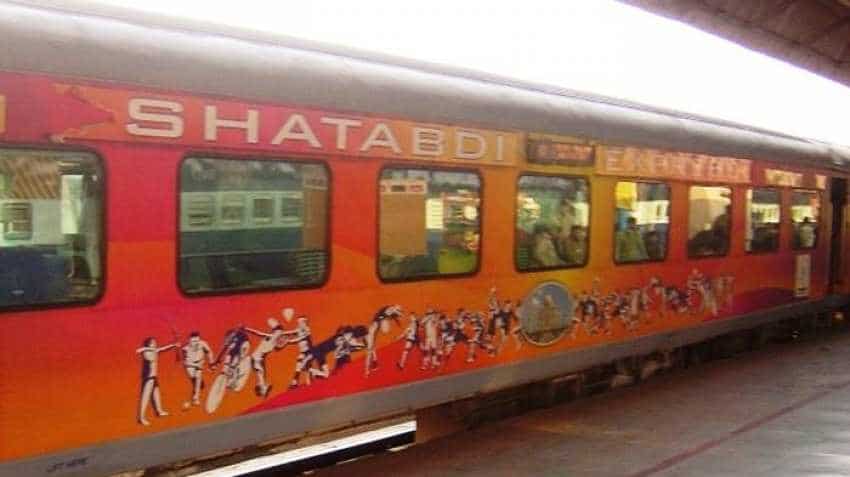 The railways have submitted a 100-day plan to the Prime Minister`s Office (PMO) to increase the earnings. Image source: Reuters

Indian Railways is mulling implementing a "give it up" scheme to increase its earnings. The national transporter has chalked out a plan to ask passengers to sacrifice the subsidy on train tickets, viewing the fact that it recovers only 53 per cent of the cost of a ticket from a passenger, which puts additional pressure on the network in terms of earnings, said an IANS report. It quoting an official as saying, "The railways have submitted a 100-day plan to the Prime Minister`s Office (PMO) to increase the earnings."

The official said the remaining 47 per cent is given as subsidy to the passengers, adding that the idea was to urge passengers to give up the subsidy on the train tickets -- like people were given the option of renouncing the subsidy on liquified petroleum gas (LPG) cylinders, said the report.

The official reportedly stated that the Centre for Railway Information Systems (CRIS) will make the required changes in the Indian Railway Catering and Tourism Corp website to offer the option of purchasing the ticket with or without subsidy. According to the source, the railways earn about Rs 50,000 crore by selling tickets.

"We have put a target of earning about Rs 56,000 in 2019-20, and through the `give it up` scheme this can be achieved," he said, and further added that the railways will advertise on different media platforms to encourage people to forego their subsidies on train tickets.

Former Railway Minister Suresh Prabhu is said to have explored the idea but dropped it due to opposition from several quarters.

Notably, Prime Minister Narendra Modi had in his earlier regime urged people to sacrifice their subsidy on LPG cylinders and on his appeal, over 1.25 crore people responded positively. The Railways now seek to copy that story.

In a written reply to the Rajya Sabha, Railways minister Piyush Goyal on Friday said that there are 342 pairs of trains, having journey distance of more than 1000 km, have no pantry car service, which was provided in 1256 pairs of trains. In the trains without pantry cars, catering services are provided by train side vending, static catering units at en route stations and by e-catering services.

According to Goyal, the Catering Policy 2017 envisages periodical audit of catering services including quality of food in trains and at stations by Railways/IRCTC through independent third party agencies.

To another question in the Rajya Sabha on Friday, Piyush Goyal said the Railways has conducted a feasibility study for Chennai-Bangaluru-Mysore route of high-speed rail corridor with the cooperation of the German government.

He, however, said that no Cabinet note has yet been prepared for it, as the railways has presently no plans to prepare a detailed project report on the corridor. Notably, Indian Railways is in the process of implementing high speed rail corridor between Mumbai and Ahmedabad in collaboration with Japan.