UTS App: All you will have to do to book the unreserved tickets is to download the mobile app and complete your registration. 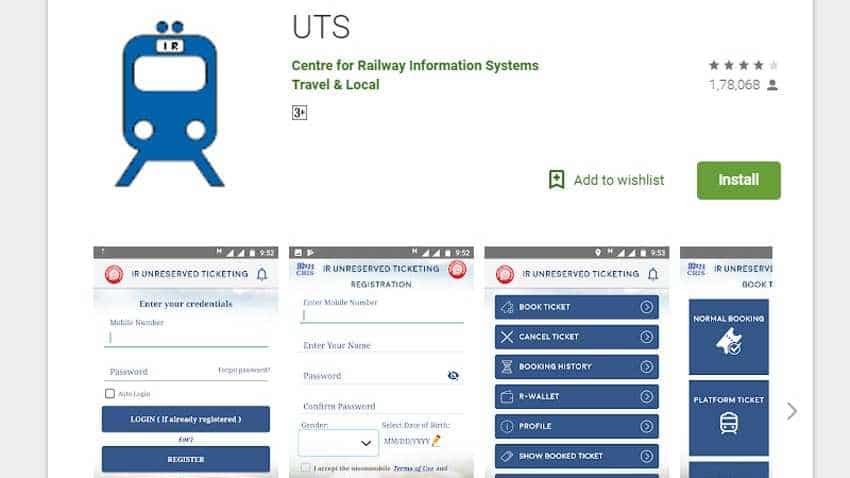 UTS App: Now you don't need to stand in long queues at Indian Railways ticket counters to get your unreserved tickets for long distance journey. The Indian Railways has today officially rolled out the All-India Unreserved Mobile Ticketing facility (UTS on Mobile).

"Ministry of Railways has introduced Unreserved Mobile Ticketing with a view to promote three C’s- Cashless transactions (Digital payment), Contactless ticketing (no need to physically visit the point of sale) and Customer convenience and experience. As a big leap, booking of unreserved tickets on all non-suburban sections across all Zonal Railways has been made available from 1st November to enable seamless booking of unreserved tickets all over Indian Railways," said the ministry in a statement.

Gradually, unreserved Mobile ticketing was extended to all suburban sections in metropolitan cities of Chennai, Delhi, Kolkata and Secunderabad between 2015 and 2017 along with the facility of paperless ticketing.  The facility of booking unreserved tickets, including season tickets and also platform tickets is available through the ‘UTSONMOBILE’ app available for Android, IOS and Windows phones.

All you will have to do to book the unreserved tickets is to download the mobile app and complete your registration. After successful registration, you will be given a user-ID and password through which you can log-in and book ticket on the app.

"Initially, the payment could be made only through R-Wallet. Subsequently, the facility of making payment through all types of digital modes i.e. debit card, credit card, net-banking, UPI and other e-wallets has been introduced through payment aggregators viz. Paytm, Mobikwik and Freecharge, in line with Government’s directives to promote all digital modes of payments," said the railways.

The UTS mobile application has been ‘in house’ developed by Indian Railway's Centre for Railway Information Systems (CRIS).