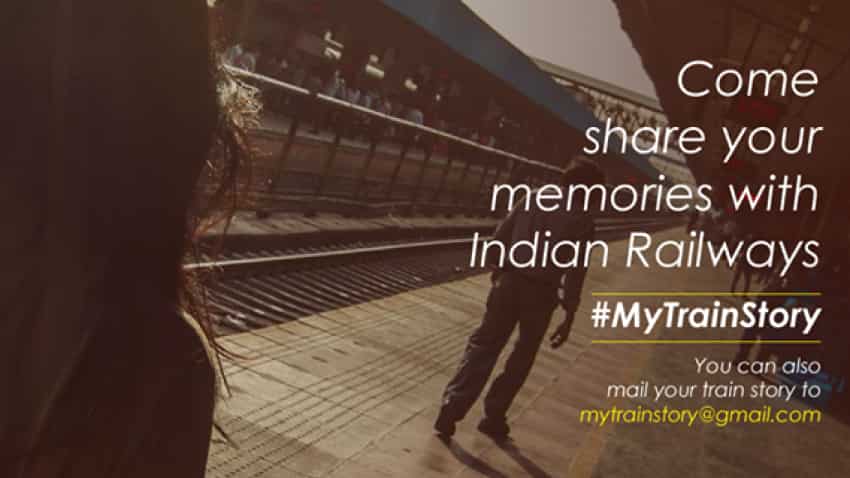 Indian Railways has launched a new campaign to engage its customers. #MyTrainStory, a multimedia campaign calls commuters to share their train stories with the lure that the best stories will be published on the Indian Railways website and a chance to meet the Rail Minister.

@sureshpprabhu The precious moment of my daughter waking up on a train journey more than 12 years ago #MyTrainStory pic.twitter.com/Hehn7G8Rur

“Indian Railways and journey associated with it are an important part of our lives and are connected with many personal memories and major life events.

I request you to share your memories with Indian Railways with the hashtag #MyTrainStory on all social media channels in the form of videos, stories, pictures etc,” the Ministry said on Facebook.

Commuters can even send their stories to mytrainstory@gmail.com.

The campaign will go on for a year, and selected stories will be uploaded on the Indian Railway’s official social media platforms and may even be featured in the Rail Bandhu magazine.

Apart from this, the story tellers will be given monthly e-certificates and every quarter, the Railways will pick three best stories whose writers will get a chance to meet Prabhu.

There are as many as 12,617 trains that carry 23 million passengers on a daily basis, Business Standard reported in February 2015. The Indian Railways is considered a lifeline for crores of Indians in the subcontinent.

Nothing unites us Indians, better than Indian Railways.. #MyTrainStory pic.twitter.com/XNPx8fva0o

Both me and my lil one love the numerous train journeys we have been on. #MyTrainStory #exploreindia pic.twitter.com/wIc4iAZxbw

A PTI report quoted a senior official of the Indian Railways saying that some people may use the Railways to commute for educational purposes, while others may use it daily to get to work; some might have met their spouse -- all stories that deserve to be told.