Indian Railways Train 18 will run between Delhi-Varanasi "one-and-a-half-times" faster than others: Piyush Goyal

While the railways had been saying that it had proposed two routes for the train, Delhi to Bhopal and Delhi to Varanasi, this is the first time that the route has been officially confirmed. 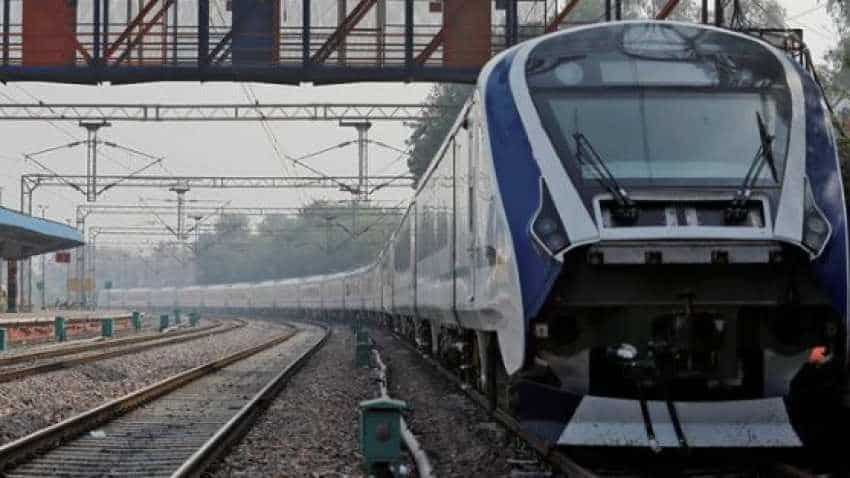 RPF officials said they were giving children toys, chalkboard, footballs to children in the slum areas to play with so that they do not use stones. Reuters

New Delhi: Indian Railways Train 18 will run from Delhi to Varanasi, Railway Minister Piyush Goyal confirmed on Wednesday, saying the run-time would be eight hours, about "one-and-a-half-times" faster than the fastest train on the route.

While the railways had been saying that it had proposed two routes for the train, Delhi to Bhopal and Delhi to Varanasi, this is the first time that the route has been officially confirmed.

"We have successfully tested the train and the suggestions are being incorporated. Very soon the train will be dedicated to the nation and we have requested that Prime Minister Narendra Modi flag it off. This train will run between Delhi and Varanasi in eight hours and the fastest train between the two cities takes 11.30 hours," Goyal said.

"This train has amenities of international standards, is Wi-Fi enabled, CCTV cameras and it has no locomotive or engine. It is a trainset. It will cover the 750-km route at a maximum speed of 160kmph," said Goyal, who inspected the rake at the New Delhi railway station.

There will be two classes one regular and another executive class and they will be fully air-conditioned, he said.

Goyal said the Railway Protection Force (RPF) was running campaigns to sensitise people on the Train 18 route, so that incidents like the one that happened recently near Delhi, where a stone was thrown at it during a trail run, were not repeated.

RPF officials said they were giving children toys, chalkboard, footballs to children in the slum areas to play with so that they do not use stones.

While Goyal refused to give a date for the train's first run, he said it would "begin service soon". Sources indicated that its first commercial run would begin next week just ahead of the Kumbh Mela, which starts in Allahabad on January 14.

It is likely to be one of the four special trains to ferry delegates of the Pravasi Bharatiya Divas from the Kumbh on January 24 to New Delhi in time for the Republic Day event. "The train is 45-per cent faster than the fastest train on this route. It will be flagged off by the prime minister ahead of the Kumbh Mela," the sources said.

The sources said a date would be finalised once the railways gets a go-ahead from the PMO. While the train fare is not finalised yet, it is expected to include the cover of food. On its journey to Varanasi on its first run, it will have two stoppages -- one at Kanpur and the other at Allahabad.

The train has a number of features to enhance passenger comfort, which include interconnected fully-sealed gangways, automatic doors with retractable footsteps, GPS-based passenger information system, modular toilets with bio-vacuum systems, rotational seats that can be aligned in the direction of travel -- available only in the executive class), roller blinds, diffused LED lighting and differently-abled-friendly toilets.

Railways to invest in startups; policy promises up to Rs 1.5 crore seed money for innovations