Train 18 aka Vande Bharat Express will be officially launched on February 15 by Prime Minister Narendra Modi. 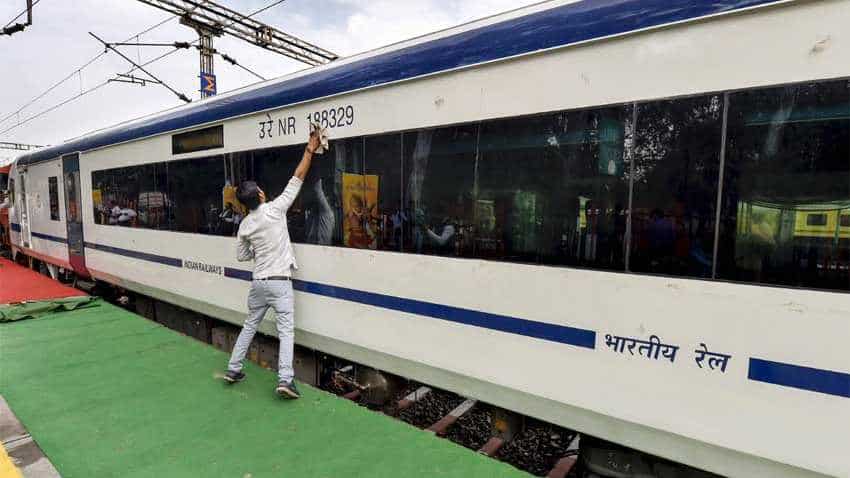 Train 18: The tatkal quota shall be 5% of the total accommodation for the respective classes. PTI

Indian Railways' indigenous state-of-the-art Train 18 aka Vande Bharat Express will be officially launched on February 15 by Prime Minister Narendra Modi and will start its commercial operation from Feb 17. The fully-AC train may get listed on Indian Railways Catering and Tourism Corporation (IRCTC) for booking before the flagging off by the PM. The railways has said that the basic fare of AC chair car of Train-18 will be 1.4 times of basic fare of AC chair car class of Shatabadi train and for Executive class, it will be 1.3 times of the basic fare of the Executive class of the Shatabadi trains.

Concession
If you are one of those people who are excited to travel in the luxury train on the first day, you should know that no concession like senior citizens or child fare will be allowed on the train. However, MP passes, MLA coupons and military warrants will be acceptable.

"No concession and Child fare shall be admissible in this train. Only full-fare adult tickets shall be issued. However, Passes of MPs, coupons of MLAs, other coupons, Military/Para-Military warrants etc, having fully reimbursable fare to Railways shall be allowed," said the railways.

It added, "Booking shall be allowed only on Duty Passes for Railway servants. No other Railway passes like Privilege/Complementary/Post Retirement Complimentary Passes of PTOs shall be permissible in this train".

Train number
The Vande Bharat Express has been given number 22435 (Varanasi-New Delhi) and 22436 (New Delhi-Varanasi). The train will leave New Delhi at 6 am every day except Monday and Thursday to reach Varanasi at 2 pm. In return, it will leave from PM's constituency at 3 pm to reach New Delhi at 11 pm. The five days a week train will stop at Kanpur and Allahabad.

Tatkal fare and quota
The tatkal quota shall be 5% of the total accommodation for the respective classes. "Tatkal fare shall include base fare for the respective classes plus applicable class wise tatkal charges and other supplementary charges, GST etc as applicable from time to time," said the railways. However, the tatkal quota may be increased to 30% based on the demand pattern, it said.