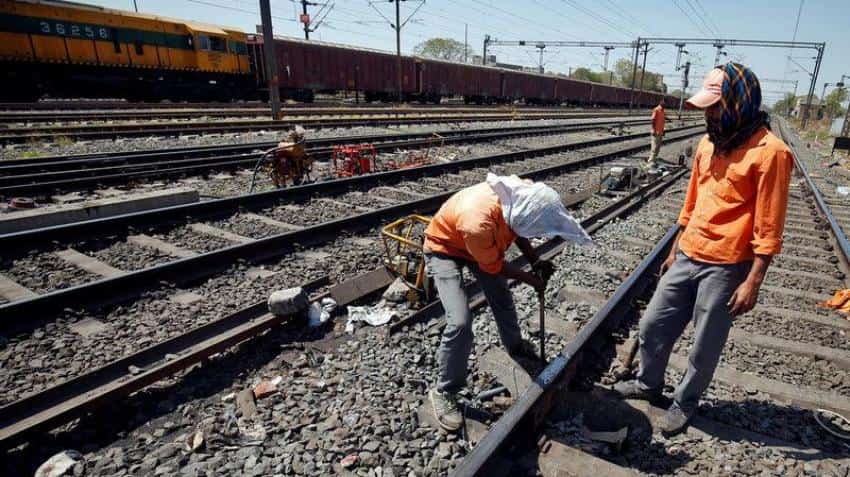 An official said that the Railway Ministry has written to the zonal railways to check the operational feasibility of metre-gauge tracks. Image source: Reuters

"Thus we have identified five lines for preservation -- the 42.27 km Visavadar-Talala line in Gujarat, the 16 km Mhow-Patalpani-Kalakand line in Madhya Pradesh, the 162 km Mavli Junction-Marwar Junction line in Rajasthan, the 171 km Nanpur-Mailani line in Uttar Pradesh and the 47 km Mahur-Harangjao metre-gauge line in Assam," he said. "Four of the metre-gauge lines are in working condition, while the one line located in Assam is not operational right now," he added.

The official also said that the Railway Ministry has written to the zonal railways to check the operational feasibility of these tracks. "Once the response from zonal railways is received by the third week of April, the ministry will formally launch the project," he said. Giving details of some of the five lines, the official said: "The Visavadar-Talala metre-gauge line passes through the Gir forest in Gujarat and there is thus a speed restriction. Currently, only three trains pass through this section in the day."

The Mhow-Patalpani-Kalakund line, the official said, passes through picturesque mountains, valleys, tunnels, ravines and crosses the Choral and Malendi rivers, which makes the journey very memorable, especially after the rains. According to the official, this line was laid by the British about 150 years ago and passes through of the Vindhyachal mountain range. The official said that the Nanpur-Mailani metre-gauge railway track in Uttar Pradesh crosses through the Dudhwa Tiger reserve.

The Railways currently operates six trains on the section. The trains are allowed to run at a maximum speed of 30 km per hour, which reduces to 20 km per hour in accident-prone areas.

The British laid this track in the 19th century for transporting timber from Nepal`s forests and from the forests on the border. Currently, the five hill trains -- Darjeeling Himalayan train, Nilgiri Mountain Railway, Kalka-Shimla Railway, Kangra Valley Railway and Matheran Hill Railway -- are a major attraction for tourists in India.