Indian Railways to merge posts; these are the employees to be affected

After the merger of the TC, CC and ECRC posts, the Indian Railways will be able to deploy the personnel recruited under these posts in any of these posts. 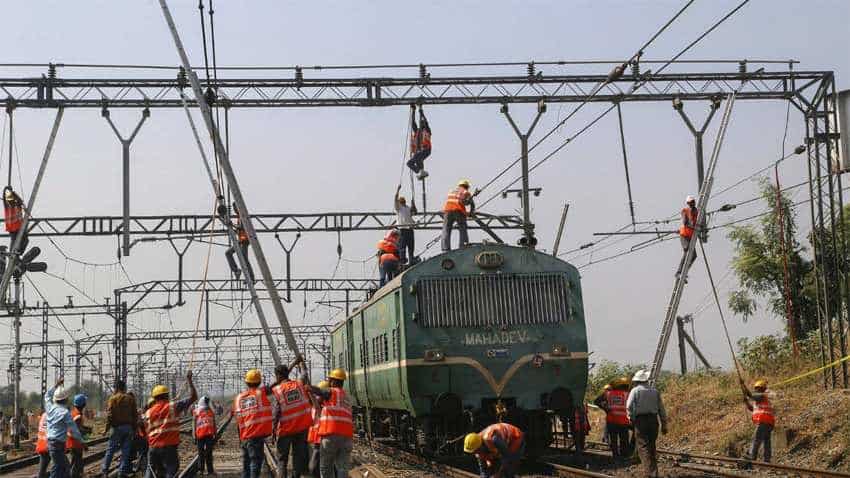 The 7th pay commission had said in its report that the new cadre will be called Commercial and Ticketing Staff. PTI
Written By: ZeeBiz WebTeam
RELATED NEWS

Tens of thousands of Indian Railways employees employees are set to go through a big change. The Railway Board on Friday approved a 7th pay commission report recommendation that suggested the merger of three categories of posts in the Commercial Department viz -Ticket Checking Staff (TC), Commercial Clerk (CC) & Enquiry-cum-Reservation Clerk (ECRC). A note over this new development has been accessed by Zee Business Online. This development follows the Indian Railways issuing a notification in this regard on February 22, 2018, but the initial merger formula had not gone down well with the employees. Therefore, the Railway Board has come out with another proposal that suits the interest of the employees to a much greater degree.

The current employees  inclusive of checking Staff (TC), Commercial Clerk (CC) and Inquiry / Reservation Clerk (ECRC) posts will come under same umbrella description. Notably, their present duties will not be changed in any way. However, those who are hired anew can be appointed in any of these tasks - TC, CC and ECRC.

Anoop Sharma, General Secretary of the Delhi Division employees union NRMU, said that the existing employees will continue to work as they are working at present. There won't be any change in their promotion, seniority and other arrangements. However, new recruitments would be carried out under the new dispensation.

To clarify, after the merger of the TC, CC and ECRC posts, the Indian Railways will be able to deploy the personnel recruited under these posts in any of these posts, be it ticket checking, commercial clerk or reservation clerk. This was not possible previously. Earlier, the Indian Railways had faced issues in deploying the commercial clerks for ticket booking and vice versa. The new staff will be trained for all these works and can be deployed in any of the three categories.

There are many similarities in the work of the commercial clerk, the ticket checking clerk and the reservation clerk. Regardless of this, many cases have been filed by the employees for promotions, posting and seniority. This issue will end after the merger of the posts.

The 7th pay commission had said in its report that the new cadre will be called Commercial and Ticketing Staff. It had also said that proper training will have to be imparted to the employees as per the requirements.

1. Existing cadres of CC and ECRC will continue to be in separate seniority groups (pre-22.2.2018 position)

3. While designation will be same, 2 seniority groups of ECRC and CC categories would continue to be maintained separately

5. Considering the functional work profile, recruitment as only stand-alone ECRCs in future will not take place. Such DR is to take place only against the merged designations for all three categories of Commercial employees, I.e. Ticket Checking, Commercial Clerk and ECRC as already underlined in RBE No. 28/2018.

6. In short, as regards existing employees, instead of keeping only the TC category separate and merging seniority of CC and ECRCs; it is now recommended that all three seniority groups TC, CC and ECRC be maintained separately for existing employees. Merger into common seniority and common functionalities will take place for future DR.