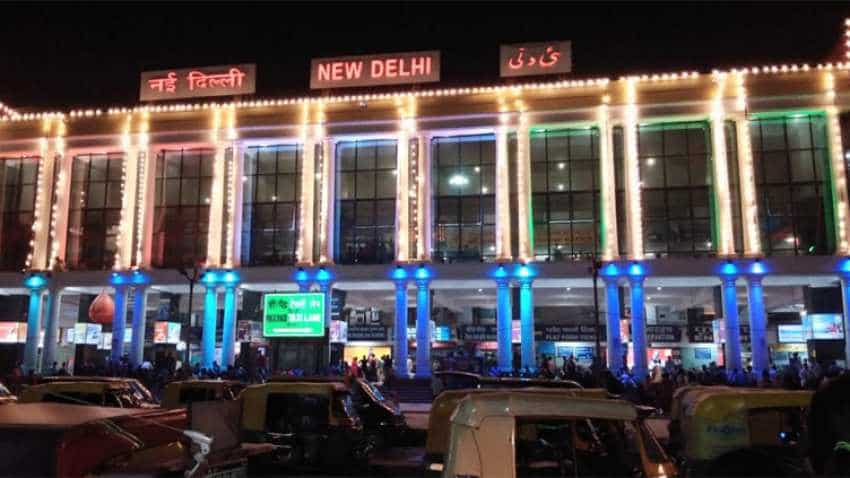 New Delhi Railway Station has entry access from two sides - one from Paharganj side and other from Ajmeri Gate side. Photo: Twitter
Written By: Akash Sinha
RELATED NEWS

In a few months from now, you may have a smooth access to New Delhi Railway station from the Paharganj side as well as from the Ajmeri Gate side. Taking your vehicle or cab to the Paharganj side entry point of New Delhi Railway station is a hard ordeal. Illegal parking, unauthorised roadside shops and vendors encroach the area, barely leaving some space for vehicles to move. This has resulted in a permanent chaotic traffic situation in the area and not only railway passengers but also DTC and cluster buses always find themselves moving at a snail's pace on the stretch. However, come December 2018, this may change for good.

Indian Railways officials are in talks with the Delhi government to remove encroachment on the Paharganj side, said a senior railway official. He said the talks are in advance stage and the issue may get resolved soon. Railways has already written to North Delhi Municipal Corporation and Delhi Police to remove the encroachment.

Railways is building a skywalk on the Ajmeri Gate side that will connect the station with two metro lines. The work is expected to get completed by December this year. An adequate number of escalators besides stairs will be built for easier access to the skywalk.

The entry to the New Delhi railway station from Bhavbhuti Marg on Ajmeri Gate side is narrow. Railways will also build a straight road directly connecting Bhavbhuti Marg to the station.

The skywalk and the road will smoothen the congestion by eliminating traffic jam and cross movement of passengers from Metro station to the railway station.