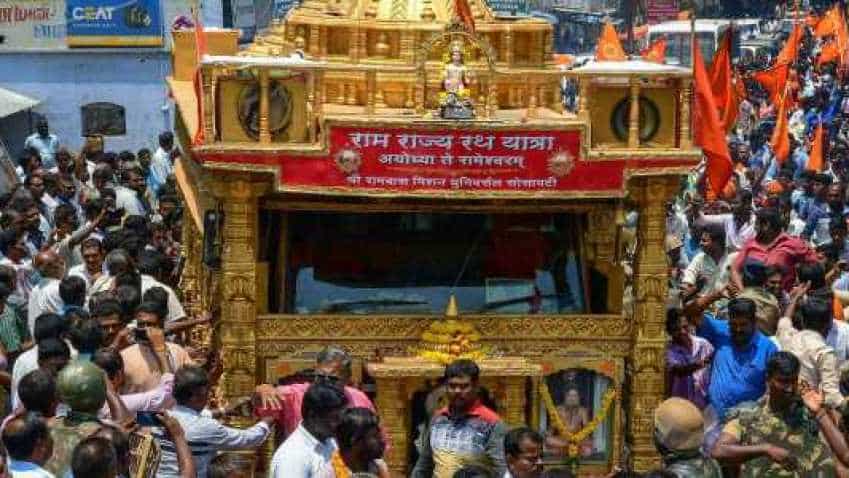 The regions to be covered start from Ayodhya and end at Colombo under the tour. (Representational Image): PTI
Written By: ZeeBiz WebTeam
RELATED NEWS

Soon you will be able to tour places associated with the Hindu epic Ramayana by train, as the Indian Railways is planning to launch trains covering all the destinations associated with the Hindu epic. The regions to be covered start from Ayodhya and end at  Colombo under the tour. Till now, travelling to all these places spread across the sub-continent, was difficult. The 800-seat train will reportedly take 16 days to cover all the places.
Travellers who are interested to go to Sri Lanka have to travel to Colombo from Chennai by flight though. Indian Railway Catering and Tourism Corporation (IRCTC) is expecting significant demand for the service. The train would be called Sri Ramayana Express. The journey (within India) would cost Rs 15,120 per person, according to a Hindustan Times report.

According to the report, there will be onboard train meals, night stay and wash and change in dharmashalas at the places of visit. IRCTC is likely to cover all sightseeing and IRCTC tour managers will travel with the passengers.

The train starting from Safdarjung station of Delhi will halt in Ayodhya and then will move along the circuit, stopping at Nandigram, Sitamarhi, Janakpur, Varanasi, Prayag, Shringaverpur, Chitrakoot, Nasik, Hampi and Rameshwaram. Trips by road from the station to the pilgrimage site will be facilitated by the Indian Railways.