After flagging off a pair of new trains in the last two days for Bihar, Railway Minister Piyush Goyal will be in Mumbai on Sunday to unveil a number of new rail projects for Maharashtra. 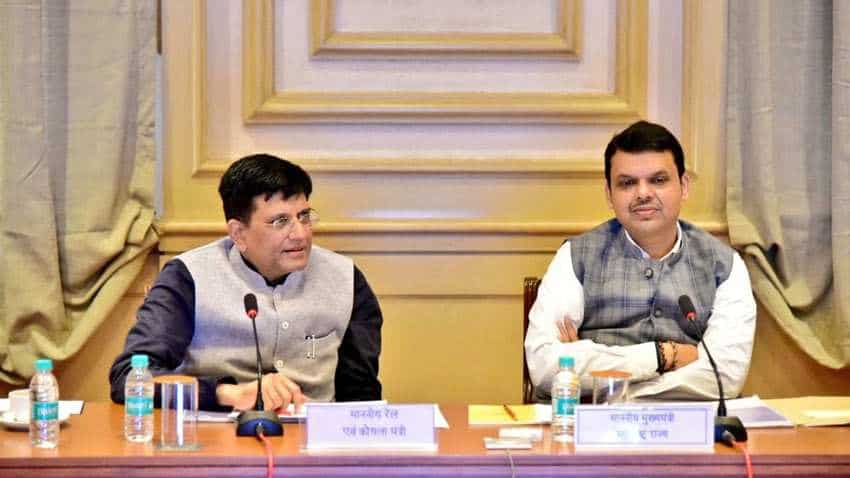 After flagging off a pair of new trains in the last two days for Bihar, Railway Minister Piyush Goyal will be in Mumbai on Sunday to unveil a number of new rail projects for Maharashtra. CM Devendra Fadnavis will also accompany him during the function. Check out the railway gifts Maharashtra will get on March 3:

Parel Suburban Terminus: Parel was historically famous for a large number of Textile mills. Gradually these Textile mills closed down and a lot of corporate business centres and commercial hubs have been developed in this area in the last two decades. Therefore, there is a huge growth in commuter flow to Parel and Prabhadevi station (earlier Elphinstone Road).  Apart from this, Parel station has become an increasingly important junction point between the Central and Western lines. Considering the increasing footfalls, it was planned to make a new Suburban terminus for EMU local trains at Parel for the convenience of our esteemed commuters of Mumbai city.

* Terminus line along with double dis-charge platforms.
* One new platform 1 (Down slow) & 2 (Terminus line)
* Widening of existing platform 2A (Terminus line) & 3 (UP slow)
* Flooring and Cover over platform at both platforms
* 12 meter wide new East-West FOB
* Staircase and lifts on both the island platforms from 12 meter wide new FOB
* Escalator at new island platforms 1 & 2*
* Staircase landing on new platform 1 & 2 from existing FOBs at Kalyan end.
* Two stabling lines between Parel and Dadar for EMU local trains

Flagging off of - Inaugural Run of Suburban EMU Train from Parel Terminus
Consequent to the inauguration of Parel suburban terminus on 3.3.2019. It has been decided that 32 slow services Originating/Terminating from/at Dadar will be extended to Parel New Suburban Terminus with effect from 4.3.2019.

b. Flagging off of – Additional 15 Car EMU Services

Solapur – Tuljapur – Osmanabad New Railway line demand was a long standing. The proposed new line from Solapur to Osmanabad via Tuljapur passes through the districts of Solapur and Osmanabad of Marathwada region of Maharashtra state. Tuljapur is a renowned pilgrimage centre. It is considered as one of the “Shaktipeeth” of Maharashtra. Tuljapur was visited by 75.97 lakh pilgrims in the last one year, with an annual growth of 2% visiting the shrine. This new line project will connect Tuljapur by rail line with all parts of India, and it will give a boost to pilgrimage tourism.

2. Foundation stone laying of Station improvement of Ambernath and Badlapur

In the passenger area:

6. Vistadome coach in Neral – Matheran section: To improve the visibility of scenic beauty of Matheran Hills for tourists, Kurudwadi workshop has developed Vistadome coach in-house with a view to providing a delightful travelling experience to passengers.