The dynamic pricing scheme had also reduced occupancy even in AC 3 class, which was one of the most profitable classes, the CAG had said. 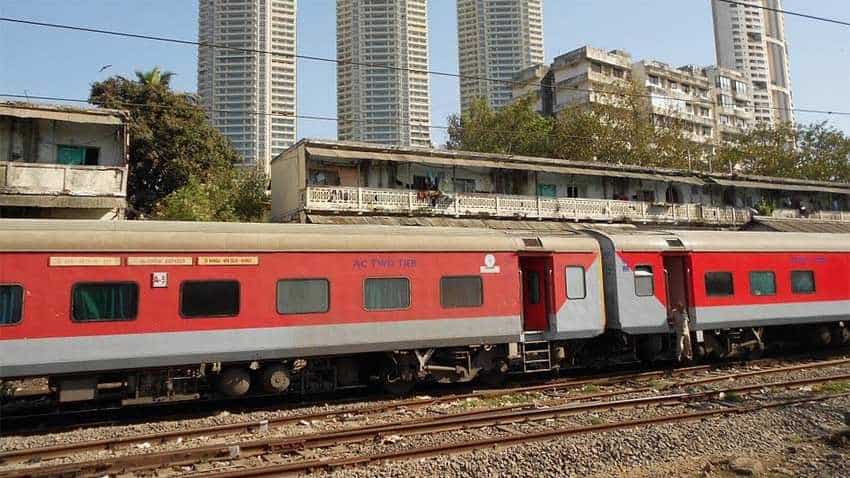 Earlier, on the direction of Goyal, the railways had constituted a committee to review the flexi-fare scheme, but its report was rejected by him. Image - Pixabay
Written By: ZeeBiz WebTeam
RELATED NEWS

People of Uttar Pradesh, Bihar and West Bengal are likely to get a gift from Indian Railways, if a PTI report is to be believed. The railways has decided to revise its flexi-fare scheme launched in 2016 and the biggest beneficiaries may be people of these three states. Flexi-fare, also termed as Dynamic Pricing, is a scheme under which the base fare increase by 10% with every 10% of berths sold subject to a prescribed ceiling limit. The scheme was introduced for 44 Rajdhani, 46 Shatabdi and 52 Duronto trains

Though the scheme has earned Rs 552 crore during 9 September 2016 to 31 July 2017, it also led to a de-growth of 2.65 per cent in the number of passengers despite the availability of the seats. The CAG had also criticised the public transporter for the poorly thought out scheme.

The scheme had also reduced occupancy even in AC 3 class, which was one of the most profitable classes, the CAG had said. Sometimes, passengers had to pay at par with flight tickets in some sectors for trains under the scheme.

However, all that is set to change, soon. The transporter has sent the revised flexi-fare scheme file to Railway Minister Piyush Goyal. The revised scheme may get implemented for select premium trains which have seen a substantial decrease in passenger bookings.

These trains are likely to be from Bihar, Bengal and Uttar Pradesh routes, which are the high-density network of railways, reported PTI.

It is likely that Railways may adopt the formula used in the Humsafar trains  as a revised scheme. Under this formula, the first 50 per cent berths will be sold at a 15 per cent higher price than the base price of A/C-3 tier mail and express train tickets.

The slab will go up with every 10 per cent of the berth sold thereafter. Similarly, the board has also suggested options to bring in special discounts under the scheme on less busy routes. For example, special discounts on the tickets will be provided to passengers who board a Shatabdi en route from Delhi to Lucknow, at Tundla or Kanpur, the stations where many seats fall vacant. Such discounts will be provided to make sure that the berths are filled at these two stations.

Earlier, on the direction of Goyal, the railways had constituted a committee to review the flexi-fare scheme, but its report was rejected by him.

This time, many of the recommendations made in the committee's report have been approved by the board. Some of them are identifying and grading prices of train tickets according to 'lean' and 'peak' seasons, rate of occupancy, patronisation of trains and their timings.