Indian Railways see-through Vistadome coach set to take your breath away in Kashmir; bookings at Irctc.Co.In

Indian Railways is all set to provide tourists a moving visual delight. Visitors to Kashmir would be able to get a delightful view of the breathtaking rural landscape next month onwards as the Tourism department and Indian Railways are introducing a see-through vistadome coach on the only rail line here. 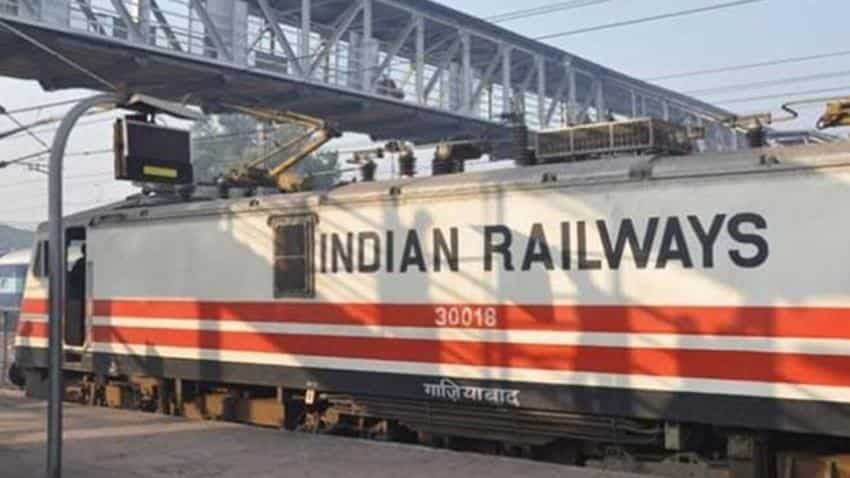 Visitors to Kashmir would be able to get a delightful view of the breathtaking rural landscape next month onwards. Representational image. Source: PTI
Written By: PTI
RELATED NEWS

Indian Railways is all set to provide tourists a moving visual delight. Visitors to Kashmir would be able to get a delightful view of the breathtaking rural landscape next month onwards as the Tourism department and Indian Railways are introducing a see-through vistadome coach on the only rail line here.  An official of the Indian Railways said preparations are underway for starting the vistadome coach and once announced, its booking can also be done online at Irctc.Co.In.

The vistadome coach for Jammu and Kashmir was announced in June last year by the then Union Railways minister Suresh Prabhu at a function here.

"The vistadome coach has arrived here and it will be introduced in May," Director Tourism, Kashmir, Mahmood Shah said. Shah, who inspected the 40-seater coach at Indian Railways Station in Budgam, in central Kashmir, a few days ago, said the see-through coach would provide enjoyable experience to passengers.

The specially-designed vistadome coach also has double wide-reclining seats which can be rotated 360 degrees for better panoramic view of surroundings.

The train seats are also attached with trays similar to those in airplanes for having meals and passengers can order light meals to be made available on the Indian Railways menu during the journey, the director said. He said initially, one 40-seat coach will be attached to the train and others will be attached after gauging the response. Shah said the department would promote the vistadome coach among travellers who can enjoy stunning locations along the route.

"Such coaches are available only at tourist locations where passengers want to enjoy sightseeing. We will involve local travel agents who can customize packages for travellers," the director said.

He said the department would also make a drone video for its promotion.

"Currently, Kashmir is full of spring blooms of various flowers and blossoms of various fruit trees. The train also passes through various mustard fields which is an attraction for travellers," he said.

Vistadome coach is not the only new attraction for tourists in Kashmir this year as the Tourism department is also starting a regular sound and light show to draw visitors and provide them with more entertainment avenues.

The director said the sound and light show, which will also showcase the history of Kashmir, will be a regular feature at SKICC, on the banks of the famous Dal Lake, here.

"The preparations are in the final phase and we are most likely starting it next month," Shah said.

He said such new Indian Railways features would increase the valley's portfolio and help attract more tourists to Kashmir by providing them more to experience. The tourist season in Kashmir is off to a good start even as there has been some kind of violence in the form of encounters, civilian protests and protests by students over the rape and murder of a minor Bakerwal girl in Kathua in Jammu region.

"There has been a good start and we are making progress. But we are also vary that, God forbid, any untoward incident could have a devastating impact on tourism," the director said.

While Shah refused to provide a definite number of tourists arriving in the valley and Ladakh region on daily-basis, he said they are coming in 'very good numbers' and the arrivals are much better than the last year.

He said over 1.70 lakh visitors have so far visited Asia's largest tulip garden which was thrown open, this year, on March 25. The visitors get to see 12.25 lakh Tulip bulbs, of 40 varieties and colours, in the garden spread over an area of 10 hectares. The tourism players in Kashmir are also upbeat about the tourist season this year. "We are getting good arrivals and enquiries are also increasing. We expect the bookings and arrivals to increase next month and hope the situation does not deteriorate," a travel agent here said.