Indian Railways trains that are quite expensive for common citizens are set to turn affordable for the common man. Railways passengers can now look forward to travelling in style at prices that suit their wallet. 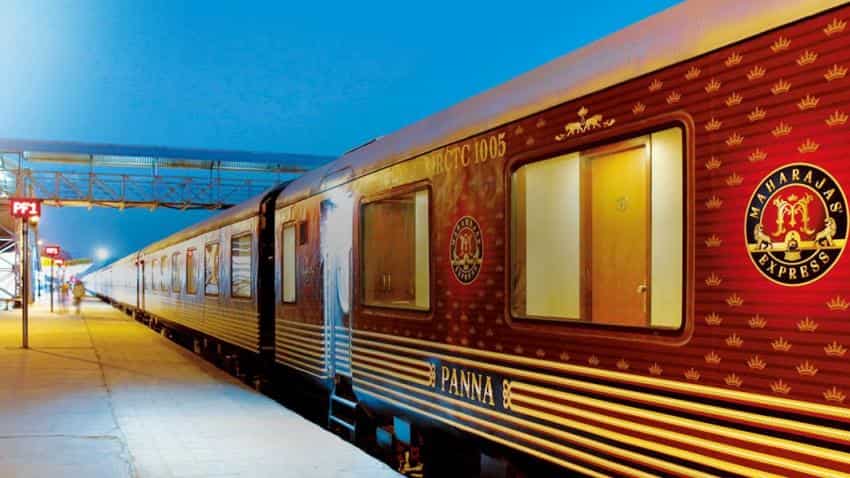 Centre has taken the decision for Indian Railways to cut the tariff by almost 50% on some trains that were till now well out of the reach of the common man. Photo: Official Website
Written By: ZeeBiz WebTeam
RELATED NEWS

Ticket prices of some Indian Railways  luxury trains are valued in thousands and these are currently out of the reach of the common man in India. However, looks like the Ministry of Railways may soon make it affordable for this category, as it plans to cut tariff on these trains by 50%. The trains involved are the iconic Palace on Wheels, Golden Chariot, Deccan Odyssey,  Royal Orient and Maharaja Express.

According to The Pioneer report, the Centre has taken the decision for Indian Railways to cut the tariff by almost 50% on these popular train. Reportedly, the ministry's decision comes in wake of the reduction in the haulage charges borne by the State Tourism Departments, partners or stakeholders such as IRCTC, which run the trains in coordination with the Indian Railways.

Last week, the Railway Ministry reviewed, the policies on luxury train. As per many reports, the revenue of these luxury trains has taken massive hit, with performance of Royal Rajasthan and Palace on Wheel 's coming down by a whopping 63.18% and 24.08% respectively.

Travel on these Railways trains are priced between Rs 10,000 to Rs 34,000 - and is quite expensive for common citizens.

It is learnt that the closest luxury train a common passenger can afford would be tourist car - which is usually booked in large numbers, but has  amenities essential only for an overnight journey, as per PTI.

During the policy review, it was known that the Indian Railways will soon roll out commercial notification on luxury trains regarding tariffs. However, the saloon journey will continue to remain expensive for common man.

Currently, Indian Railways has about 336 saloon cars across railway zones, among them 62 are air-conditioned.