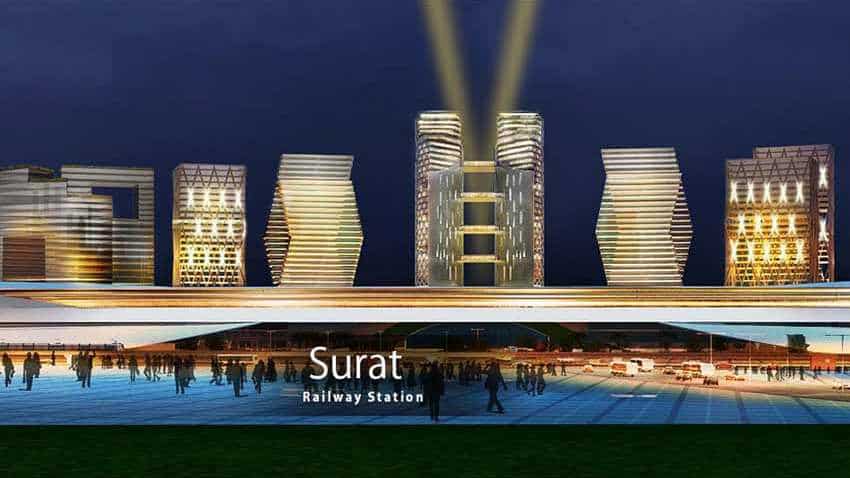 Station Revenue Share payable by the Developer to SITCO has been reduced from 50% to 35%, said the Indian Railways.
Written By: ZeeBiz WebTeam
RELATED NEWS

Indian Railways has been working to develop its major stations as world-class Multi Model Transport Hubs. The Indian Railway Stations Development Corporation Limited (IRSDC) has been entrusted the work of redevelopment of Anand Vihar, Bijwasan, Chandigarh, Gandhinagar, Habibganj (Bhopal), and Surat railway stations. While the work is nearing completion at Habibganj station, developments related to Surat station (Western Railway) have been pouring in from time to time.

After interaction with the probable bidders, now the railways has made some changes in the project Master Plan to make it more attractive and risk-free to the developers.  Some of them are:

b. BUA definition modified to exclude basement(s) or any upper floor(s) for satisfying the parking/ fire requirements as per local laws.

e. Increased Commercial Development on West Side along Ring Road - Commercial Area increased on West side by shifting the proposed Railway Quarters to Udhna.

f. Master Plan has been revised to provide the more commercial area on ground.

h. The interest rate on balance lease premium payable by the Developer has been reduced from 15% p.a. to 12% p.a.

i. Station Revenue Share payable by the Developer to SITCO has been reduced from 50% to 35%.