Indian Railways looks to speed you home faster, at the rate 5 kmph per year 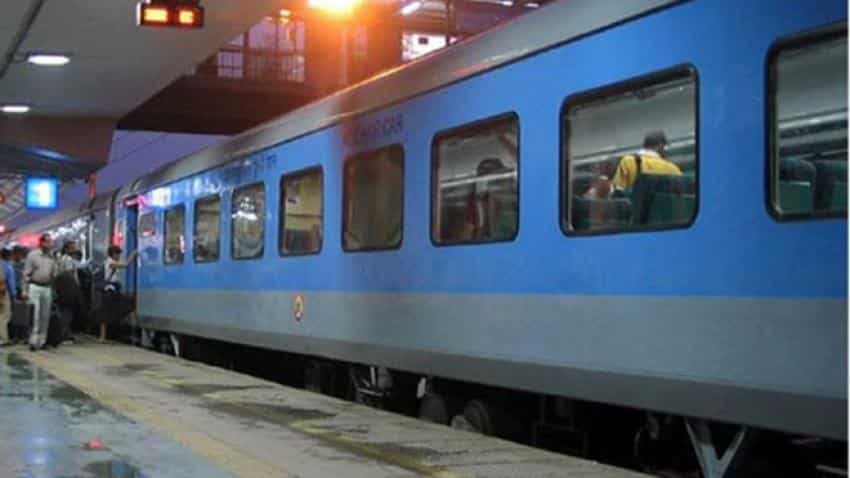 Indian Railways has been ordered by the railway ministry to double the average speed of freight trains by 2022. Image source: Reuters
Written By: ZeeBiz WebTeam
RELATED NEWS

Indian Railways passengers may be in for really good times ahead as the national transporter is working on raising all long-distance trains' speed by 25 km per hour by 2022.  The steps being taken by the Indian Railways will reduce travel time considerably for all concerned, Minister of State for Railways Rajen Gohain said today. Significantly, Indian Railways has been ordered by the railway ministry to double the average speed of freight trains by 2022, according to a PTI report.

"We have asked all the zonal railway general managers to work on increasing the speed of long distance passenger trains by five kms per hour every year, thus reaching the target of 25 km per hour increase in speed by 2022," Gohain was quoted as saying. Indian Railways wants to ensure that passengers reach their destinations in the minimum possible time. Indian Railway is also reportedly working on satellite stations to decongest major terminal stations like Howrah. The  work is on to develop infrastructure at satellite stations so that these stations can be used for originating and terminating journey of long distance express trains.

Congestion at major terminal stations is one of the causes for train delays, said S N Agarwal,general manager at South Eastern Railway. According to the report, near Howrah,  Santragachi and Shalimar stations are being developed to provide proper facilities to passengers of long distance trains. Indian Railways is also considering a new air-conditioned express train between Guwahati and the Kolkata. "Discussions are on for introducing an overnight superfast express train between Guwahati and Kolkata," the minister said.