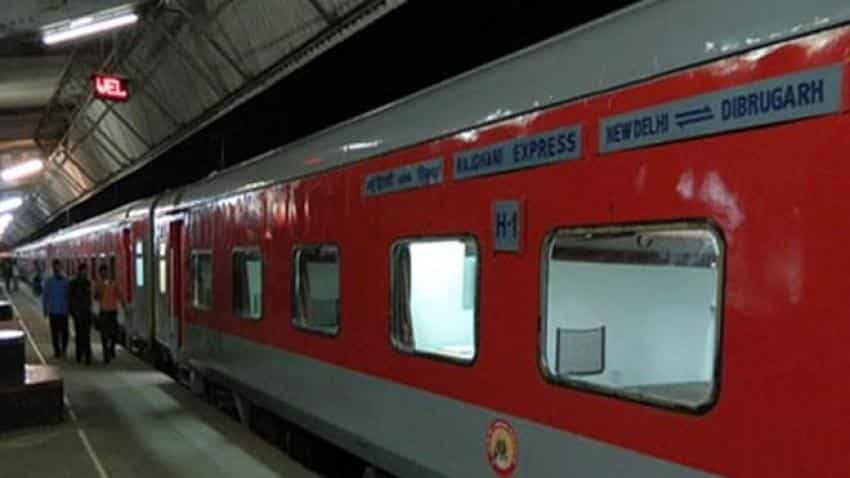 Indian Railways is working on a plan to replace all AC-2 tier coaches in Rajdhani Express and Duronto trains with AC-3 tier coaches in some sectors. Image source: PTI
Written By: ZeeBiz WebTeam
RELATED NEWS

He also added that the Indian Railways AC-3 tier coaches always remain in demand, which helps it to raise profits or reach the break-even mark. As per media reports, this move has reportedly been initiated due to the flexi-fare system for these premier trains that came into effect in September 2016. After the introduction of the flexi-fare system, sometimes the AC-2 tier fare became almost equal to economy airfare, resulting in low patronage in the said category of train booking.

The base fare for Rajdhani Express, Duronto Express and Shatabdi Express trains were placed on flexi-fare system. While 10 percent of the seats were sold in the normal fare, in the beginning, it went on increasing by 10 percent with every 10 percent of berths sold with the ceiling limit at maximum 50 percent depending upon the demand. And for AC-2 tier and Chair Car, the maximum hike was 50 percent while for AC-3 tier, it was 40 percent. There are total 42 Rajdhani trains, 46 Shatabdi and 54 Duronto trains.

In a further development in the flexi-fare system, sources informed Zee Media, "The railway ministry is planning to introduce the rental slabs of Humsafar Express trains for three trains Rajdhani, Duronto and Shatabdi, where the Flexi Fare scheme is being implemented. The slabs will be introduced with an aim to simplify the Flexi Fare scheme, which has always faced criticism."