The Indian Railways expects that the GPS Tracker System will reduce the train accidents by up to 70 per cent. 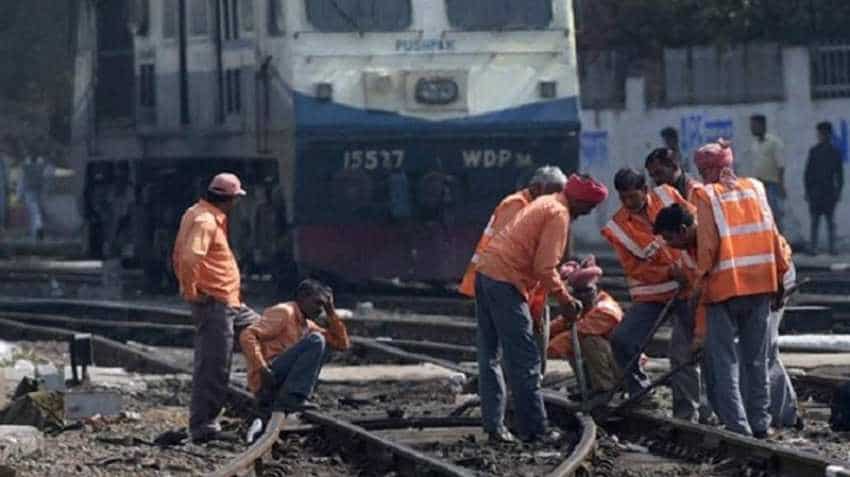 Indian Railways: The GPS system will faster the information dissemination in case of any fault in the track. PTI

Indian Railways is adopting every possible new technology in order to ensure passenger safety and improve its train operations. After inducting 'USTAAD' robot for underslung equipment inspection, now the Indian Railways is equipping its fleet of trackmen with GPS-enabled tracker system. The system is already under trial in the West Central Railway and may soon get replicated across all railway divisions.

Now, the patrolling trolley which is used for checking the rail tracks will be fitted with the GPS tracker system. In case of any crack in the track, the information can be disseminated to the loco pilot of the upcoming train as well as to the control room within a minute using the GPS device. This will help prevent any possible rail accidents. The Railway Board has decided to emulate this system across the country.

Railway Board Director and Civil Engineer (P) Pankaj Tyagi has issued orders to the principal chief engineers saying that all the patrolling trolleys of 66 zones will be equipped with the GPS tracker system and will be given to the track men from next month. Trackmen generally manually push these trolleys on the railway track during the patrolling. There is one trolley per PWD in the railway. The Gwalior section alone has 12 trolleys, which will be installed with this system. There are around 125 trolleys in the Jhansi division alone.

Benefits of the system:
The officials of railways' engineering division will be able to track the exact location of trolleys and the trackmen. Besides monitoring the repair work, the system will also enable the railways to keep a track whether the section engineers are monitoring the work regularly or not.

How will it work?
The railway trackmen not only works during the broad daylight but also perform the track patrolling work during nights. A GPS-system equipped trackman will be provided with a small device which will have two buttons.  If there is any fault in the track or if they sense any danger, the patrolling staff will press the first button which will raise an alarm in the control centre. Within 60 seconds, the information will be sent to the control room, station master and the loco-pilots of the train on the route. Also, there is an option to call using the GPS device to alert the officials.

What is the present arrangement?
At present, the life of trackmen is very hard. If they find any cut/break in the track, then they run for around 600 metre ahead of the fault and place a firecracker on the track. Then again they run 600 metre ahead and stand there with a red flag. Then they inform the railway officials using their mobile. In this process, sometimes a train reaches the spot before the firecracker is placed and the accident occurs. The Indian Railways expect that once the system is replicated across the division, it will reduce the train accidents by almost 7 per cent.