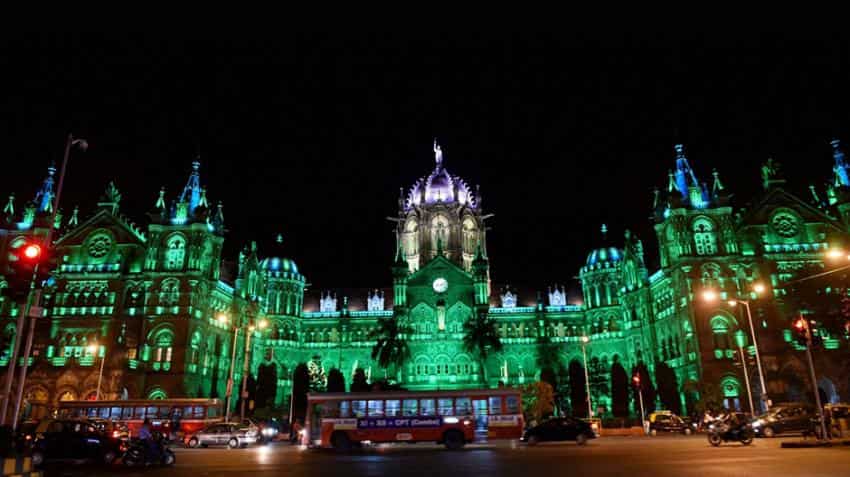 Indian Railways Chhatrapati Shivaji Maharaj Terminus completed 130 years on May 20. The Terminus was the largest building in Asia then and even today it is a standing testimony of Stevens' innovative talent. Image source: PTI
Written By: ZeeBiz WebTeam
RELATED NEWS

The pride of Indian Railways Chhatrapati Shivaji Maharaj Terminus (earlier Victoria Terminus) has completed 130 years. The Central Railways'  present day headquarters building, popularly known as Victoria Terminus (now Chhatrapati Shivaji Maharaj Terminus), is an architectural marvel. This magnificent monument was originally planned as the office of GIP (Great Indian Peninsular) Railway. This is the most photographed building after Taj Mahal, and was designed by Frederick William Stevens, a consulting architect.

It took almost a decade to build it at a princely sum of Rs. 16,13,863 . The iconic railway station completed 130 years on May 20. The Terminus was the largest building in Asia then and even today it is a standing testimony of Stevens' innovative talent, a Ministry of Railways statement said.
The construction started in 1878, it was named after Queen Empress Victoria. Later in 1996, it was renamed as Chhatrapati Shivaji Terminus and Chhatrapati Shivaji Maharaj Terminus in July 2017. In 2004, UNESCO had enlisted this as World Heritage Site for its architectural splendour. From December 2012, this heritage building is open for public view on working days.

Shivaji Maharaj Terminus was designed in Gothic style adapted to suit Indian context. It is a C shaped building and the crowning point of the whole building is the central main dome carrying up a colossal 16’-6’’ high figure of lady pointing a flaming torch upwards in her right hand, and a spoked wheel low in the left hand, symbolising `Progress’. The dome has been reported to be the first octagonal ribbed masonry dome that adapted to an Italian Gothic style building.
The railway station was constructed with 6 platforms at a cost of Rs.10.4 lakh in 1929, today it has 18 platforms with a spacious east side entry as well.