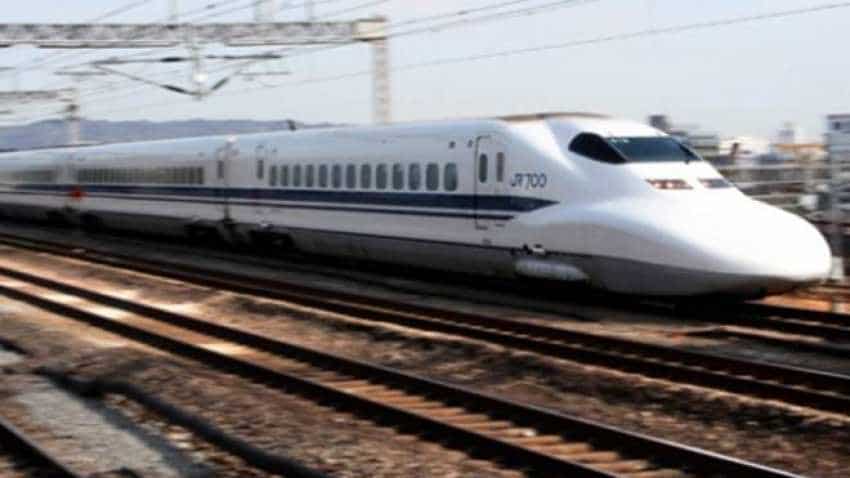 The initiative by NHSRCL encourages the citizens to participate in various aspects of governance. Photo: PTI

The National High-Speed Rail Corporation Limited (NHSRCL) opened the forum for the citizens to come up with a name for country's first bullet train. People have suggested names like Udantashtari, Mahatma, Bullet Bharat, Vidyut, Ashwamedha, Pawan Putra, Chetak, and Vayu Putra, among others, on social media since NHSRCL had opened the platform for public to suggest a name for the train with the help of a citizen engagement platform. The citizens were supposed to submit their entries by visiting the official website mygov.in.

The NHSRCL will not only consider the names suggested on its online portal but also the entries by citizens on its social networking sites such as Twitter and Facebook. The finalization of the name will be done by the first week of July.

Additionally, the citizens also were open to design the mascot for the train. The last date for the submission for the same was March 25. The initiative by NHSRCL encourages the citizens to participate in various aspects of governance.

Sushma Gaur, NHSRCL spokesperson told Hindustan Times that NHSRCL had invited entries for a name for India’s first bullet train as well as designing its mascot. The month long contest from February to March 2019 received 22,000 entries with about 4,400 entries for the mascot.

A reputed government institute will shortlist  the entries based on the defined criteria, to have a  selection process that is impartial and transparent.

Among other suggestions one was the name of Pulwama Shaheed Express, in the memory of 40 paramilitary troopers killed in a terrorist attack in Jammu and Kashmir’s Pulwama district earlier this year in February 14.

The mygov.in will apply certain filters to shortlist the entries to give the top five. Suggestions that include names of political leaders, would not be accepted.

The winner of the name suggestion category will bag Rs 50,000 cash prize along with a certificate while the  best mascot suggestion winner will get  Rs 1 lakh prize. Five entries will receive a consolation prize of Rs 10,000 in both categories, with entries deemed as good as the winning entry.

The bullet train was inaugurated in 2017, and will run between Ahmedabad and Mumbai. The project is scheduled to complete by the deadline of August 15, 2022.