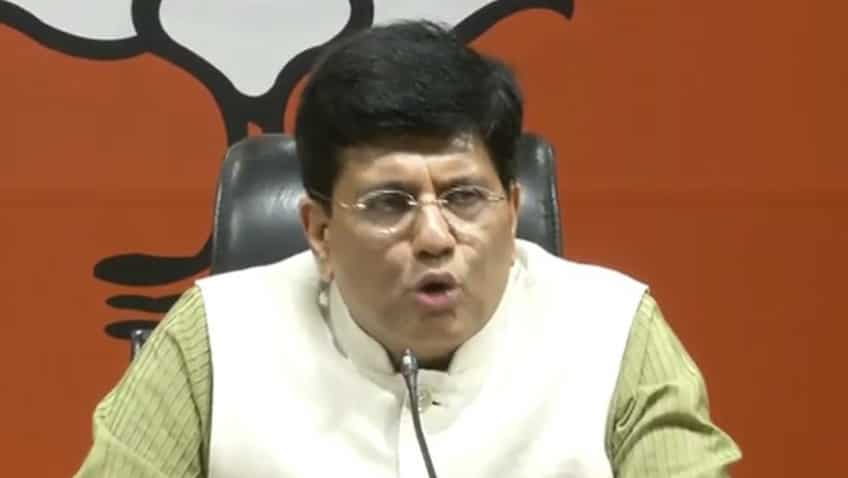 Train 18: India's 1st semi-high speed train set to roll, PM Narendra Modi to flag it off - All you need to know

"No tips please, if no bill, your meal is free" to be displayed in Indian Railway coaches soon

Railway Minister Piyush Goyal on Wednesday said the Cabinet Committee on Economic Affairs (CCEA) has approved 100 per cent electrification of rest of the 13,675 km of Indian Railways' broad gauge tracks at an estimated cost of Rs 12,134 crore. This is expected to benefit passengers as they will not have to bear with the smoke anymore and it will save money for Indian Railways.

The decision was taken in the Cabinet meeting chaired by Prime Minister Narendra Modi.

Addressing the press conference, Goyal said, "The Prime Minister is aiming to make the Indian Railways more profitable and reduce the cost burden on the passengers for which we have decided electrification of remaining un-electrified broad gauge routes."

"Three years ago we promised to reduce the diesel traction and push electric traction. Today, 46 per cent of the railway routes are electrified while the work on electrification on additional 20,000 km is on," he said.

After the completion of electrification on 20,000 km of tracks, about 78 per cent of the railway network would have been electrified, he said.

The Minister said that in the entire world, Indian Railways are the only ones who have attempted to electrify the entire railway network. "And I think, the amount of money that we will save is around Rs 13,000-14,000 crore."

Goyal said that the electrification of the entire railways will help in saving foreign exchange, help reduce pollution, and will make the Indian Railways faster and safer.

He also said that the Indian Railways have a huge responsibility towards climate change and "it is our endeavour to reduce the pollution levels in the country".

The electrification would also help in improving the line traction, Goyal said.

"Due to this decision, from the start to the end, the train will run on only one electric engine, resulting in the improvement in efficiency, punctuality and line capacity of Indian Railways," he added.

Train 18: India's 1st semi-high speed train set to roll, PM Narendra Modi to flag it off - All you need to know

"No tips please, if no bill, your meal is free" to be displayed in Indian Railway coaches soon