A week ago, Maharashtra witnessed the kind of rains that were never seen before, creating havoc in places like Kolhapur, Raigad, Sangli, Solapur, Pune, Thane, Palghar and some parts of Mumbai. 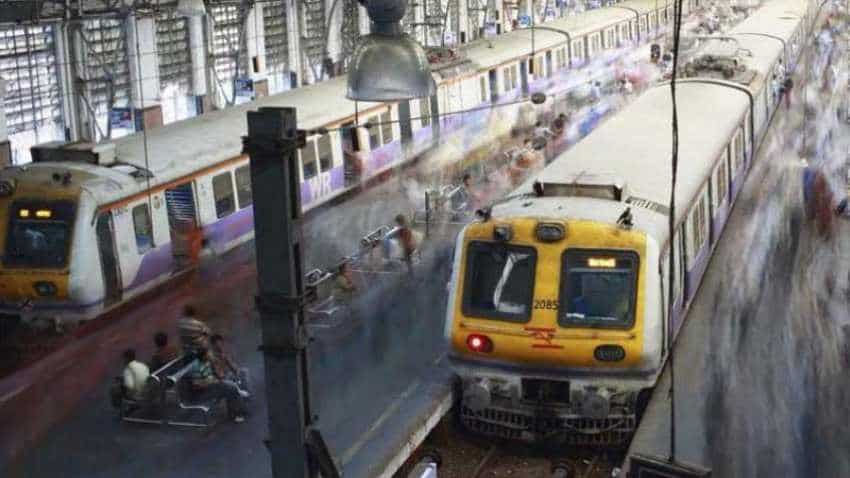 Indian Railways cancelled and delayed train list for Mumbai: Train status today shows that passengers will have to go through a harrowing time. Heavy waterlogging in many parts of the state, landslides, accidents and much more affected residents of Mumbai. Both Central Railway and Western Railway have taken stringent measures to ensure the safety of passengers travelling either in local or express trains. Many stations have been hit by water-logging, which has forced the authorities to cancel or divert several trains. A week ago, Maharashtra witnessed the kind of rains that were never seen before, creating havoc in places like Kolhapur, Raigad, Sangli, Solapur, Pune, Thane, Palghar and some parts of Mumbai. While Central Railway is working hard to control the situation, but for now rail routes between Mumbai to Pune have further been shut down till August 15 until further notice. Right now, passengers travelling from Mumbai to Pune or vice versa will have to opt for road transport services. 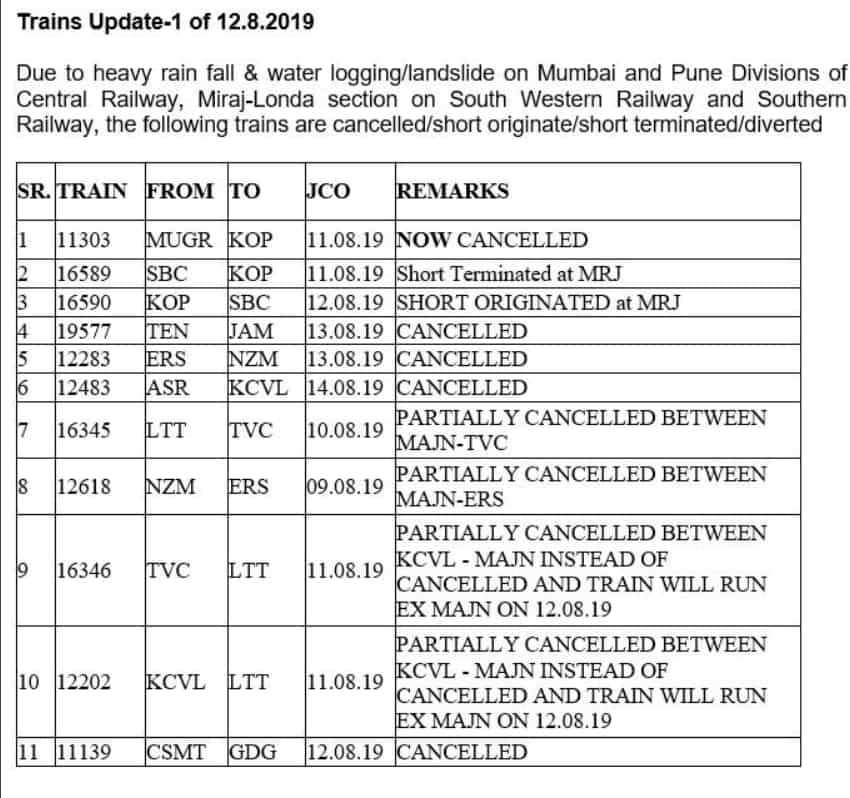 Central Railways tweeted that due to heavy rains, waterlogging/landslide on Mumbai and Pune divisions of central railway, Miraj-Londa section on southwestern railway are been cancelled/ short originate/short terminated/diverted: 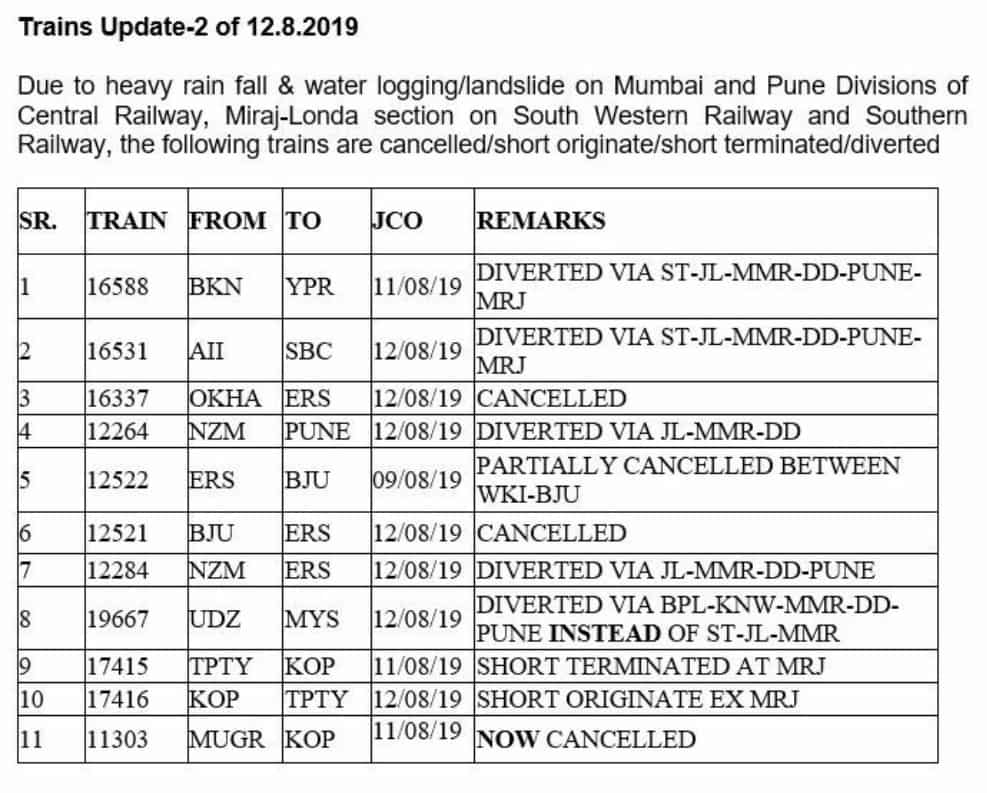 Further, a list of trains was short-terminated, short-originated or diverted due to the incident in the south-east ghat. 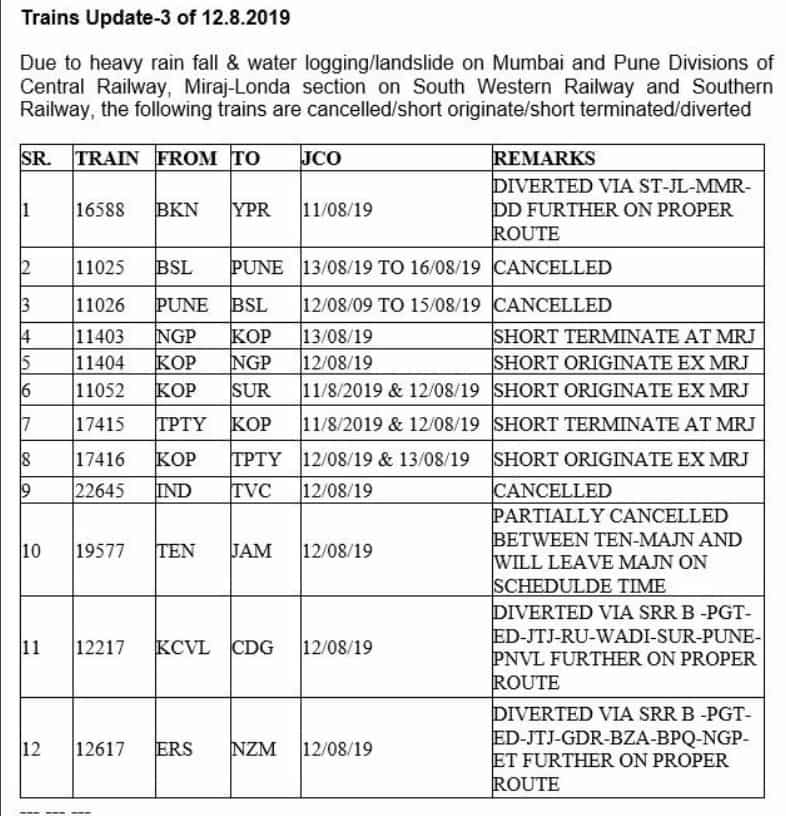 The Central Railway is continuously updating the details of trains which are been cancelled/ short originate/short terminated/diverted due to heavy & continuous rains and accumulation of water in few sections, services have been suspended on the main line and harbour line of CR suburban section as a precautionary measure to avoid hardship to commuters. 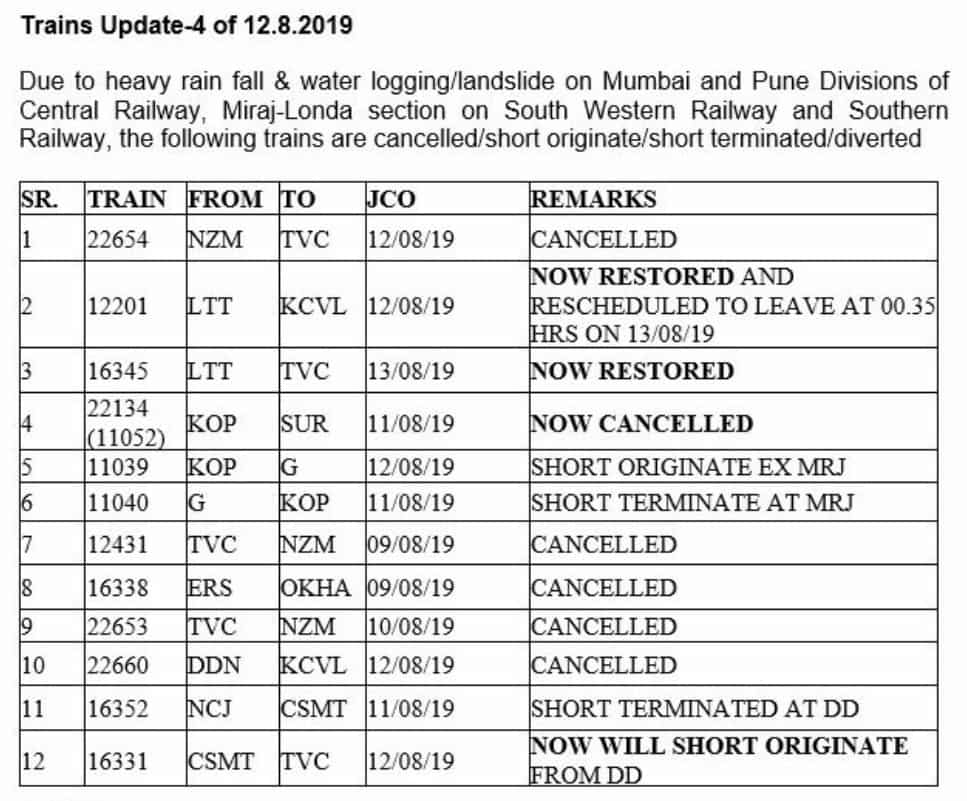 Notably, train delay numbers are increasing, so the passengers are suggested to first confirm the status of the train and then travel to the railway station to avoid unnecessary chaos.